Set during the 1918 global flu pandemic, a German veteran who narrowly escaped being killed in World War I takes up the peculiar practice of photographing the dead alongside the living for family keepsake portraits. When he starts a job in a disease-ravaged peasant village in Hungary, he finds himself at the center of a ghostly mystery, in this period horror starring Viktor Klem (The Whiskey Bandit).

The once popular but now mostly outdated practice of post-mortem photography gets a fantastically sinister score and unsettling visuals – all of which sets a dour, oppressive mood of dread and paranoia in Post Mortem. This is a very spooky village where the pandemic dead – unburied due to the winter permafrost – outnumber the living. Some of the special and practical effects are distractingly hokey, but there still are enough decent ones, along with some truly chilling moments, to keep the story interesting.

The two biggest issues with the film are that it really is more unsettling than actually frightening and it also possesses a tone that jarringly shifts from a somber, serious and tediously sluggish first hour, to a way more entertaining, but off-the-rails finalé, as the angry ghosts wreak havoc on the hapless villagers, even launching some into mid-air. (Good times!) Clearly, director Péter Bergendy swings for the fences with this ambitious screenplay, sometimes missing, but connecting often enough to make this surprisingly rich-looking, low budget horror an entertaining watch.

• Filmed at the Hungarian Open Air Museum in Szentendre – a time capsule of Hungarian buildings and artifacts dating back to the mid 1700s, Post Mortem was Hungary’s 2022 Oscar submission for Best International Feature Film.

• Hungarian-born Viktor Klem’s screen credits include the 2017 biographical drama The Whisky Bandit, about Attila Ambrus, the most successful bank robber in Hungarian history, and the TV series Hacktion, about professional computer hackers protecting their country during a cyber world war. 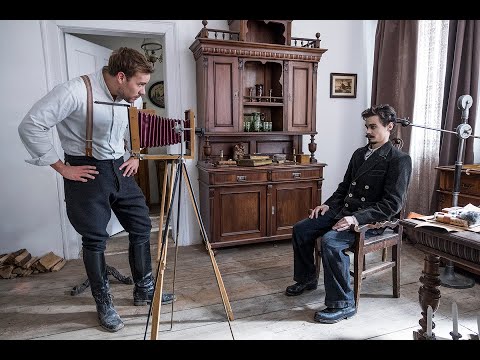