A shy, high school loner discovers that everyone she photographs with her newly-obtained, vintage, Polaroid SX-70 camera soon dies, in this horror/thriller starring Kathryn Prescott (A Dog’s Journey, Skins). The film is a much longer version of director Lars Klevberg’s prior, similarly named, 2015 short film, Polaroid.

This very basic, low budget thriller has all the predictable jump scares and victims getting knocked off one by one, as well as an astounding array of clumsiness – seriously, it seems like EVERY SINGLE VICTIM trips and falls in this film while being chased by the terrifying, evil ghost. But surprisingly, the film also has a clever, twist-filled backstory, an effectively creepy setting (everyone lives in dreary, dimly-lit houses), and decent visual effects. Prescott does a great job as the lead, with a solid supporting cast featuring such well known character actors as Mitch Pileggi (The X-Files) and Grace Zabriskie (Rosemont).

As run-of-the-mill horror/thrillers go, Polaroid is an adequate, entertaining good time. And best of all, it doesn’t have a frustratingly lame ending. For a horror film, that in itself is pretty amazing.

• Originally set for an August 2017 release, Lantern Entertainment (previously known as The Weinstein Company/Dimension Films) put Polaroid on hold for two years due to the Harvey Weinstein sex scandal.

• Actress Kathryn Prescott is a professional photographer in real life.

• The Polaroid SX-70, which was an extremely popular instant camera among professional photographers when it debuted in the 1970s, has no flash built into it, nor it able to accommodate a flash attachment. That was added for dramatic effect in the film. 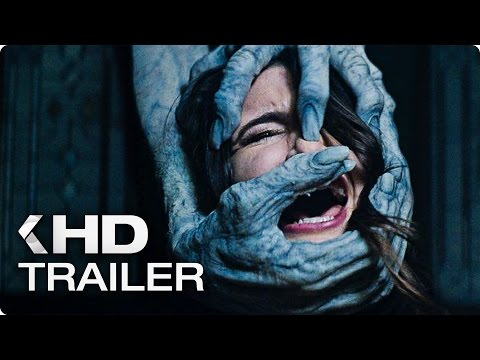