Nicholas Cage stars in this drama about a truffle hunter and former chef living for 15 years in relative isolation in the Oregon wilderness. He revisits his former hometown of Portland, and his past, after his beloved truffle-hunting pig is kidnapped.

Pig is a very unusual movie. Just as you think you have figured out the initially kooky take on a John Wick-like plot, director Michael Sarnoski, in his film debut, takes the screenplay he wrote with fellow Yale grad Vanessa Block down an unexpected, and very thought-provoking path. Nicholas Cage gives one of his career-best performances in a role that, quite frankly, only Cage could pull off, with an excellent Alex Wolff (Hereditary, Old) as his truffle buyer Amir, trying to help his quirky friend reunite with his prized pig as he deals with his own overriding sense of inadequacy.

Ultimately Pig is a movie about the various ways people process loneliness and grief. It is not a film for everyone, but those with the ability to appreciate subtle, slow burn storytelling and a willingness to stick around for the stronger, revelatory second half will be rewarded with an emotionally-compelling message that will linger long after the credits roll.

• Filming of Pig took only 20 days due to a very small budget that did not allow for reshoots and used an untrained pig that bit Nicholas Cage several times. After one nasty bite, Cage joked, “I’ve been set on fire, I’ve been in flipped cars. But it will be sepsis from a pig bite that kills me.”

• Originally Pig was going to be set in France and Spain before ending up in Portland, Oregon 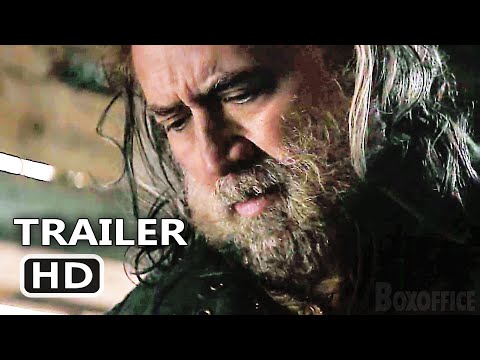