Penguins: Life on the Edge

This Disneynature documentary goes behind the scenes of the making of Disney’s 2019 film Penguins, following filmmakers and the challenges they faced in making the film. Lugging ten tons of gear across Antarctica’s Ross Island was just the beginning. There’s also hurricane-force winds, the stench of a million penguins and super disgusting elephant seals, as well as lots of time waiting for the perfect shot.

Narrated by Blair Underwood, THIS is the fun, interesting documentary that we had longed for after seeing the amazing visuals of Penguins saddled by a corny, toddler-friendly anthropomorphic story with cringeworthy narration from Ed Helms.

Penguins: Life on the Edge is the fun documentary for anyone who has struggled (and failed miserably) to get that picture-perfect photo of animals in the wild. Not only do we see just how close the cinematographers got to the penguins, but it shows us how they got such amazing footage – motion stabilizing rigs, underwater cameras on gimbles, as well as some not so high-tech methods. This documentary also includes some things NOT included in the 2019 film – like when the inquisitive killer whales hunting the penguins turned their attention towards the cameras and filmmakers. Penguins: Life on the Edge, with its more raw and unpolished footage, is a much more immersive experience that is fun, informative, and respectful of its audience’s intelligence.

On Disney+ (Trailer of original Penguins documentary is below.)

• A crew of 20 cinematographers worked on Penguins and Penguins: Life on the Edge

• Director Alastair Fothergill, known for his nature programs Planet Earth, Frozen Planet and 2019’s Our Planet, signed a multi-year deal with Disneynature in 2008, and spends six months of each year working on new documentaries. 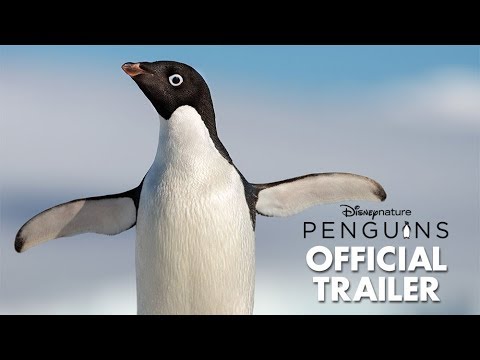