Showrunner Chris Mundy keeps the pacing taut with lots of twist-filled suspense and the introduction of Veronica Falcón (Queen of the South), as the crafty sister of jailed drug lord Omar Navarro (Felix Solis) and mother of the psychotic wannabe drug lord Javi (Alfonso Herrera). It also sees the reintroduction of some former characters – Rachel (Jordana Spiro), who returns to help Ruth take over the Missouri Belle Casino after fleeing the Ozarks for South Florida at the end of Season Two, and Richard Thomas (The Waltons), as Wendy’s meddlesome, not-so-nice father. The series also adds some flashbacks to reveal details of prior events, most notably, the fate of Wendy’s mentally unstable brother Ben (Tom Pelphrey) near the end of Season Three.

Compared to some of Ozark‘s more riveting, stellar seasons and a strong first half of Season Four, the action feels a bit rushed in these final seven episodes, as though the writers were trying to wrap up too many story lines with minimal time to do it. The storyline of the private investigator on the Byrdes’ tail is a bit of a snoozer, especially when compared to some of the more entertaining and outlandish storylines. Still, Ozark is fascinating, intense, well written and acted, and like Darlene’s opium fields, a highly addictive adrenalin ride. Garner, who’s already won two Emmys for her acting on the series, should be a shoo-in to win a third, with Bateman and Linney (as the increasingly unhinged and manipulative villain) also strong contenders to snatch trophies. Ozark, we will miss ya. • Filmed in Georgia, Ozark is set on the Lake of the Ozarks, a man-made lake in central Missouri that attracts five million visitors a year. It is also nicknamed “The Magic Dragon,” because of its serpentine, 1150-mile shoreline is greater than that of California, which has 840 miles of coast.

• Laura Linney, who directed one of the episodes (Episode 11) this season, co-starred with Richard Thomas in Broadway’s The Little Foxes in 2017, just before initial production on Ozark began.

• Jason Bateman wears his favorite New Balance tennis shoes in every movie and TV show in which he appears. 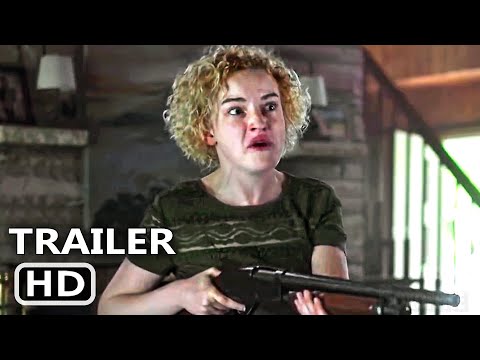