This breathtaking Netflix documentary series takes an awe-inspiring look at visual wonders of Earth, exploring our planet’s frozen worlds, jungles, coastal seas, deserts, grasslands, oceans and forests. It will give you chills.

The first episode is a sampler of what to expect in later episodes – an achingly-beautiful, visual masterpiece set to a rousing, inspirational score and clever narration from the planet’s most famous nature storyteller… 92-year-old David Attenborough. (Salma Hayek and Penélope Cruz narrate Spanish language versions.) But unlike prior BBC documentaries such as Planet Earth and Blue Planet, Our Planet takes on a more dire tone, not only telling us about the disastrous, rapid ecological declines caused by humans, but actually showing us – sometimes in graphic detail.

Yes, we still have the absolutely amazing visuals of narwhals headed to the Arctic Ocean, never before seen images of Siberian tigers in the wild, and male birds of paradise carrying out elaborately choreographed courtship dances that feature an astounding trio of backup dancers. But you will also see chilling footage of walruses plummeting off cliffs to their deaths where climate change has reduced available real estate to a sliver, shocking time-lapse details on the deforestation of the planet’s tropical rainforests, and the heartbreaking collapse of massive icebergs that will put to shame anything seen in Avengers: Infinity War – because it is real.

THIS is how nature documentaries are done, folks. Happy Earth Day.

• David Attenborough says we are about a decade away from irreversible ecological damage to our planet. He says that with over half of the world’s population now urbanized, many people are completely out of touch with the natural world and don’t realize the effects of climate change. He hopes this series will change that.

• Our Planet producer Alastair Fothergill says his favorite scene in the series is of the first-ever intimate images of the elusive Siberian tiger. He says three cameramen were locked away in hidden shelters for six weeks over two winters, never leaving – to ensure they got their footage.

• More than 600 camera photographers and filmmakers participated in filming Our Planet over four years in 50 countries, using some of the world’s most technologically advanced camera systems. 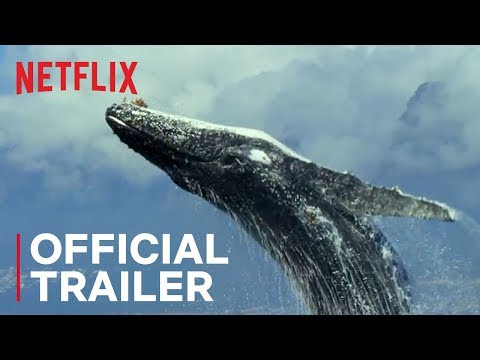