At the end of 2015, China ended its 35 year policy limiting families to having only one child. This documentary from filmmakers Nanfu Wang and Jialing Zhang, themselves products of this policy, explores the devastating effects the Chinese government’s meddling has had on an entire generation of its people.

Told through a series of interviews, some with Wang’s own family members, the film details personal horrors endured as a result of forced sterilizations, forced abortions, infant daughters abandoned in public markets to die, and in more recent years, the government’s confiscation of young children from poor families to sell to adoption agencies serving the West. It is unsettling.

Wang’s interviewing style is a bit abrupt and at times a bit scattered, and the film would have greatly benefited from more details about the effects of this national policy. Still, the tales of personal heartache and genuine helplessness felt by those affected by this government experiment makes One Child Nation a very compelling documentary.

• In 2016, in an effort to combat a rapidly aging population of predominantly old men, China changed its One Child policy to a Two Child policy.

• The Chinese government claims 400 million births were prevented as a result of the One Child policy, a claim disputed by scholars who contend that birth rates were already dropping in the decades prior to 1979, when it began. 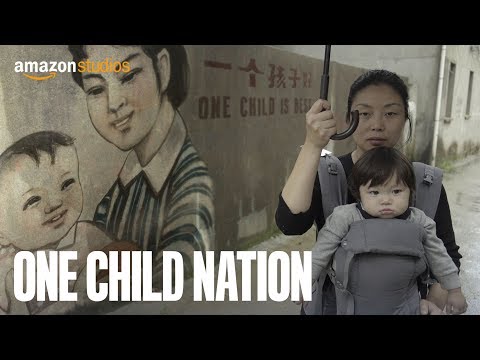