On The Basis of Sex

Following in the footsteps of this year’s inspirational documentary RBG, Felicity Jones stars in this biopic about the U.S. Supreme Court’s second female justice and much heralded liberal firebrand, Ruth Bader Ginsburg. The film focuses on Ginsburg’s earlier years, documenting her roles as a mother, law student and professor – a path she took for a decade after graduating first in her class at Columbia Law School in 1959, because no law firm would hire her. Ultimately, we see a fired up Ginsburg evolve into a women’s rights attorney who would go on to win numerous landmark cases at the Supreme Court, her eventual workplace.

The screenplay written by Ginsburg’s nephew lays out a pretty conventional, paint-by-numbers timeline of Ginsburg’s early adult life, getting a big boost from the natural on-screen chemistry between Jones and Armie Hammer as her beloved husband Marty, and Cailee Spaeny (Bad Times at the El Royale) as their spirited, activist-minded daughter Jane. The latter half of the film, however, gets bogged down, dwelling on legal arguments and Ginsburg’s honing of her oral skills for one of her first big gender equality court cases. And while the film still ends on an inspirational upbeat note, not including Ginsburg’s Supreme Court victories and 1993 appointment to the Court is a bit like leaving a concert before the main act. Still, the film is a pleasant accompaniment to the more compelling, must-see RBG documentary.

• So what did Ruth Bader Ginsburg think of the film? NPR reports Ginsburg and her daughter Jane read through several renditions of her nephew’s script before giving their stamp of approval, and Felicity Jones tells USA Today that Ginsburg has seen the film several times, and wrote her, saying “Your performance is beyond wonderful.”

• Natalie Portman originally was slated to star as Ginsburg in the film, but dropped out after it was stuck in development for four years.

• The film does take a few dramatic liberties with the story. Ginsburg never attended her husband’s classes while he was ill with testicular cancer (his classmates took meticulous notes to help him out), and Ginsburg says she never flubbed the opening of her oral argument, nor needed a rebuttal, as  depicted in the finale of the film. 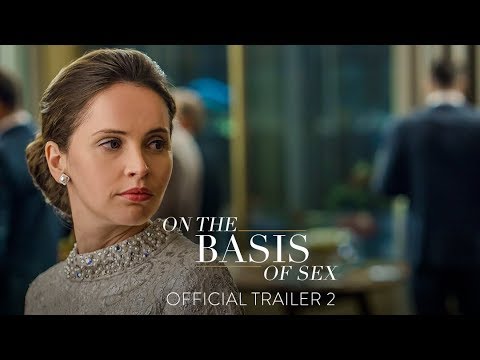