Olympia Dukakis is an unconventional trailblazer in the acting world. She was a successful stage actress long before she won her 1987 Best Supporting Actress Oscar for Moonstruck, which kickstarted what has been a wildly successful film career. It is probably fitting that this documentary about her life from director Harry Mavromichalis be equally unconventional.

Rather than follow the more typical, linear documentary format, the film instead weaves the milestones of Dukakis’ life into what at first seems like a haphazard tapestry – a series of personal, fly-on-the-wall chats among Dukakis and her friends, with insight from fellow actors such as Laura Linney, Whoopi Goldberg, Lynn Cohen, Lainie Kazan and her husband Louis Zorich, who died in 2018. But as the film progresses, you realize those milestones are placed where they are on purpose – giving greater perspective and significance, which makes them even more impactful.

The result is a refreshingly intimate, frequently hilarious and always candid portrait of Dukakis, an actress who has lived by her own rules, evidenced as early as 1973 when she established her own theater company in Montclair, New Jersey when she couldn’t get auditions because of her ethnic sounding name. Dukakis is a charismatic individual who pursued passion rather than fame and whose willingness to share her imperfections, bawdy humor and larger than life personality make her even more adorable. The free-wheeling film, which was shot over many years, does meander at times, but it works – by the end you will feel like you really know Olympia Dukakis well, which is the hallmark of an excellent documentary.

• Dukakis’ most recent performance was a reprisal of Anna Madrigal in Armistad Maupin’s Tales of the City, which aired on Netflix in June 2019. 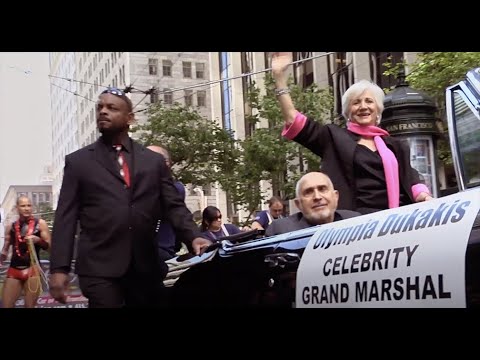