This is comedian Norm Macdonald’s last Netflix comedy special, nearly an hour of new standup material taped during the COVID pandemic in just one take at the home of his long-time producing partner Lori Jo Hoekstra, in the summer of 2020, a little more than a year before Macdonald died from leukemia at the age of 61 in September 2021.

Norm Macdonald’s special showcases his unique brand of wry, observational humor, including jokes about his own death, his gambling addiction, cannibalism, fear of flying and religion. Some jokes are really funny. A few feel a bit dated – those misfires unfortunately feeling even more unfairly cringey, given that there is no live audience. Macdonald’s ability to play off of a crowd was one of his strengths as a comedian.

For Macdonald’s fans, Nothing Special is a gentle, bittersweet, final goodbye in an unconventional manner fitting for the independent-minded comedian. Others will likely find the special, intended as a workshop for an eventual, more polished standup special, a bit dry, given its ZOOM call type format. Afterwards there is a half hour commentary with David Letterman, Dave Chappelle, Conan O’Brien, and Macdonald’s fellow Saturday Night Live alums Molly Shannon, Adam Sandler and David Space. It’s a touching, understated tribute to a friend they all clearly loved very much. • Initially hired as a writer for Saturday Night Live in 1993, a year and a half later Macdonald became host of its parody news segment “Weekend Update” until being fired in 1998 for refusing NBC management’s directive to stop telling O.J. Simpson jokes. Instead, he had told more of them.

• Diagnosed with leukemia in 2012, Macdonald kept his cancer secret to the public until his death. His long-time producing partner Lori Jo Hoekstra says chemotherapy in 2013 left Macdonald with intense pain in his feet, causing long bouts of inactivity, and that the powerful steroid dexamethasone caused his face to swell, all of which he passed off as pretending to become a lazy slob.

• Macdonald previewed Norm Macdonald: Nothing Special while hospitalized at City of Hope Medical Center east of Los Angeles, a month prior to his death there, even choosing its title. 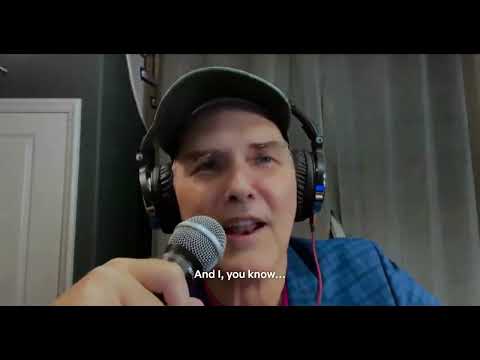