In the trailer, this Tyler Perry film is billed as a comedy about two sisters, one newly released from jail (Tiffany Haddish), the other a successful ad executive (Tika Sumpter), who exact revenge when they discover the latter is likely being catfished by her never-before-seen online boyfriend. And had this film actually been about their crazy attempts to exact revenge, or even discover his identity, or even about the bonds of sisterhood, it could have been a lighthearted, funny comedy.

But that story ends at the 30 minute mark, and instead we get another tedious hour and a half of poorly-constructed, overwrought relationship drama between Sumpter and the ex-con owner of the nearby coffee shop (Omari Hardwick), eerily reminiscent of Perry’s 2005 debut, Diary of a Mad Black Woman, with Haddish periodically appearing as a way more tasteless, crass variation on the comic Madea role. It’s a shame, because Haddish is extremely funny and charming, and deserves way better than this exceptionally misleading, poor excuse of a film. 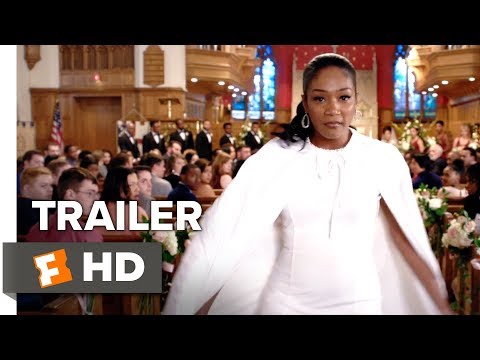