Russian opposition leader Alexei Navalny has been in prison since January 2021, when he returned to Moscow after surviving an August 2020 assassination attempt during a flight from Novosibirsk to Moscow in which he was poisoned with the lethal, Soviet-era nerve agent Novichok. This extraordinary CNN documentary chronicles key moments prior to Navalny’s imprisonment, including Navalny’s identification of his likely attackers and their ties to Russian President Vladmir Putin.

Navalny is a real-life, pulse-pounding spy thriller – starting with the footage of a poisoned Navalny moaning in agony on his flight, followed by his wife Yulia fighting doctors in the Siberian city of Omsk to see him and get him released to a hospital in Berlin. It is riveting. The cloak and dagger intrigue even includes a corkboard covered with photos of suspects connected with yarn, as the social media savvy Navalny works with investigative journalists to scour flight manifests into Novosibirsk and ultimately trick one of his plotters into a live phone confession. The history-making moment is chilling, as his would-be killer discusses the dosage, planting it in Navalny’s underwear, and confiscating Navalny’s clothes in Omsk to hide the evidence. He even complains about the annoyingly quick reactions of emergency responders.

In fairness, Navalny director Daniel Roher also turns a critical eye to the Russian opposition leader’s problematic past association with racists and nationalists, in their combined efforts to defeat Putin. But interviews with Navalny’s wife Yulia and daughter Dasha give the charismatic journalist added warmth and humanity, as the film culminates in the emotional, gut-wrenching footage of his arrival and arrest in Moscow.

• Alexei Navalny’s daughter Dasha says her increasingly ill father spends most of his time at the maximum-security prison in Melekhovo in solitary confinement, where his communication with the outside world is limited to infrequent, handwritten letters, which his family and supporters share via Twitter (@navalny), TikTok (@_navalny_) and YouTube (@NavalnyRu).

• Konstantin Borisovich Kudryavtsev, who Navalny tricked into revealing the Russian government plot to kill him, remains missing and is presumed dead. Sergey Maximishin, the deputy chief physician at the hospital in Omsk that treated Navalny and was in charge of putting Navalny in the medically induced coma that saved his life, died suddenly on February 4, 2021.

• Navalny has been shortlisted for an Oscar nomination for Best Documentary. 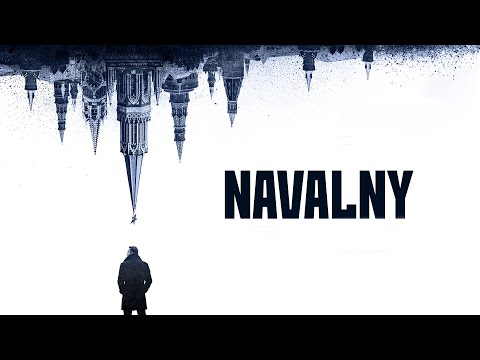