Most people only know of music icon Johnny Cash’s first wife Vivian through actress Ginnifer Goodwin’s not so flattering, shrew-like portrayal of her in the 2005 film Walk the Line. This eye-opening documentary sets the record straight about the Texas-born daughter of Italian immigrants and mother of Cash’s four daughters.

My Darling Vivian is a fascinating and deeply intimate portrait of Vivian Liberto. It starts with the wildly romantic early years of her relationship with Cash, in which the couple wrote more than a thousand love letters to one another. It was when they moved to California that stress and loneliness crept in, with Vivian raising their four daughters on her own as Cash traveled the world for his music career. The turning point was when Cash returned home from one of his many road tours, gaunt and addicted to drugs. Eldest daughter Rosanne describes him as a completely different person from the sweet father she knew.

Director Matt Riddlehoover (husband of Vivian’s grandson, Dustin Tittle) masterfully weaves poignant interviews with the four Cash daughters with never-before-seen home videos and photographs. Their differing perceptions of their mother are interesting to witness, as are Vivian’s lifelong safety fears after being mislabeled as black by racist hate groups in the South. Particularly frustrating is her humiliation of being practically erased once Cash left her for June Carter, who would add insult to injury by often referring to Vivian’s four daughters in interviews as her own. It was nearly enough to drive poor Vivian mad.

The documentary does show Vivian, who died in 2005, finding redemption and joy in her later years as a grandma. Details of her visit with Cash shortly before his death in 2003 are touching. My Darling Vivian is an emotional and heartbreaking documentary about how drugs, fame and adultery destroyed what previously had been an idyllic love affair. It is also a portrait of resilience. In death, Vivian finally is seen.

• After Vivian and Johnny Cash divorced, Cash married June Carter in 1968. They had a son, John Carter Cash. June also had two daughters, Carlene and Rosie, from her prior two marriages.

• In her book, Vivian confessed that she never stopped loving Johnny and wishes she had tried harder to save their marriage:  “I should have been relentless at saving it, as relentless as June was at destroying it.” 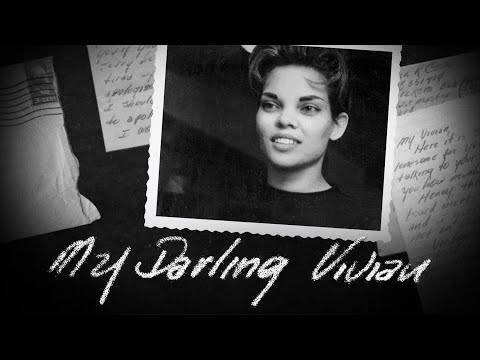