In Latin America, Walter Mercado is an icon – an astrologer who appeared on televisions around the globe, winning the hearts of 120 million fans over the decades. This Netflix documentary, which joins him in final months of his life, explores why he vanished at the peak of his fame.

Directors Cristina Costantini and Kareem Tabsch have crafted a touching love letter to fans of this wildly-eccentric Latin Liberace, peering past the outlandish costumes, heavy makeup and grandma-styled hairdo to reveal to the rest of the world Mercado’s endearingly optimistic message of love and peace that his longtime fans have long adored.

Although the generally upbeat documentary slows a bit when it gets into the unpleasant legal wranglings which led to Mercado’s departure from the spotlight, the eye-popping visuals of all the costumes, upbeat vibe and the heartfelt finale can’t help but put a smile on your face. A sweet tribute to a sweet soul.

• Walter Mercado died of kidney failure just three months after the filming of this documentary, at the age of 87, in Puerto Rico. He is buried at Señorial Memorial Park in Cupey barrio in San Juan.

• In Brazil the film is called Ligue dja, because of the way Mercado said “call now,” with a strong accent, in his 0900 hotline TV advertisement, from which he is best known in that country.

• In October 2010, Mercado changed his name to “Shanti Ananda,” a translation in Sanskrit of “peace happiness.” 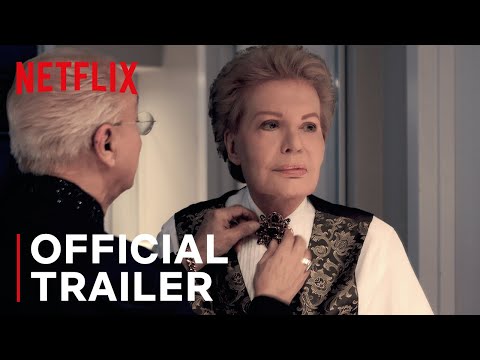