Montana’s gorgeous, windswept Big Sky country is the backdrop for this tale of two estranged adult siblings unpacking years of unresolved childhood trauma when they return home to care for their dying, comatose father, in this neo-Western drama starring Owen Teague (It, It: Chapter Two) and Haley Lu Richardson (Five Feet Apart, Split, The Edge of Seventeen).

Juxtaposition is the recurring theme in this story from writer/directors Scott McGehee and David Siegel – be it the ugly specter of child abuse in a beautiful locale, the feeling of being smothered in a vast, wide-open space, or two children forced to care for an abusive parent. Richardson, as the more emotionally volatile, formerly abused daughter Erin, and Teague, as the more reserved, younger brother Cal, wracked with guilt for failing to protect her, deliver brilliant, realistic, gut-wrenching performances. At the heart of the drama – what to do with their father’s horse, an aging black stallion. Cal, who now lives in Wyoming, had planned to have him euthanized. A less pragmatic Erin wants to bring him back to her home in upstate New York.

The thoughtful, character-driven story is deliberately slow, which while a bit languid for some viewers, really allows its characters to breathe and their relationship to feel more authentic. Gilbert Owuor is terrific as the calm hospice caregiver, with Eugene Black Rock also charming as the local man trying to help them with their horse dilemma. For those willing to invest the time, Montana Story‘s messages of learning to work through past regrets and anger, and seek new beginnings, is totally worth it.

• Montana Story was filmed in the Montana towns of Paradise Valley, Livingston and Bozeman.

• Montana Story is the first film from longtime collaborators Scott McGehee and David Siegel (What Maisie Knew, The Deep End) in nine years. Their Montana Story was nominated for the Platform Prize at 2021’s Toronto International Film Festival (TIFF).

• In one scene, Ace the hospice caregiver, is seen reading The Friend by Sigrid Nunez. McGehee and Siegel had been planning to adapt that novel to the big screen prior to the COVID-19 pandemic. 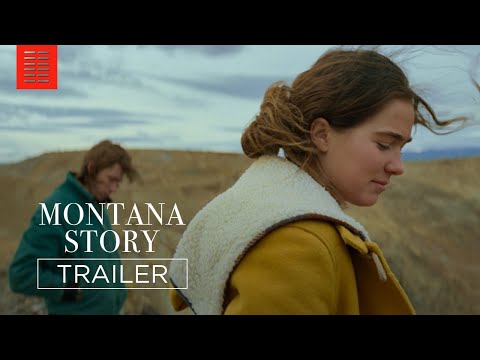