Christina Ricci stars in this horror/mystery about a woman with psychic abilities who seems to be terrorized by a malevolent supernatural force from a nearby lake after leaving her husband in Arizona to start a new life with her son in a rental house in rural 1950s California.

There are several telltale signs that things aren’t quite as they seem in Monstrous – the murky details about the mother and son’s prior life, the mother’s array of impeccable dresses despite having almost no luggage, her preoccupation with her son making friends at school, and the unnervingly immaculate, floral wallpapered rental house. Clearly something in this overly picture-perfect world is off. Like a jigsaw puzzle, the mystery from writer Carol Chrest and director Chris Silvertson (All Cheerleaders Die, I Know Who Killed Me) gradually reveals its secrets.

Some clever production design, costuming and a very convincing Ricci do the heavy lifting in this heartbreaking tale about the human mind’s way of coping with guilt and trauma. Part of the big twist is very apparent long before the big reveal, and those expecting more conventional horror will be infuriated by the genre switch up – especially given the misleading horror vibe of the trailer below – but viewers willing to get past that and pay close attention to the story’s many nuances will appreciate its multiple layers.

• The house in Monstrous is the same one at Big Sky Movie Ranch in Simi Valley, California that was used for exteriors in 2017’s Annabelle: Creation.

• Christina Ricci’s most recent Emmy nomination was in 2021 for the Showtime thriller series, Yellowjackets. She will next appear as a series regular in Tim Burton’s Wednesday on Netflix, based on the Addams Family character which Ricci became famous for portraying. In December 2021, Ricci gave birth to a daughter with her second husband, Mark Hampton. She has a son with James Heerdegen, whom she divorced in 2020 after seven years of marriage. 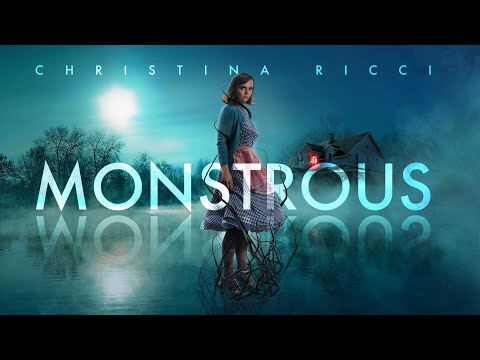