Mars: One Day on the Red Planet

This 2020 National Geographic documentary on Disney+ sheds new insight on our planetary neighbor, Mars, featuring some never-before-seen images of the comparatively smaller red planet with a diameter about half the size of Earth. The hour-and-a-half long film looks at the planet’s enormous dormant volcanoes, ancient lakebeds, polar ice caps and even some of our prior spacecraft crash sites, while also exploring the challenges of a future, manned missions to Mars.

While the 2020 film already is a tad bit dated due to its promotion of the 2021 landing of the fossil-hunting Perserverance Rover (whose landing was a success), the visuals provided by NASA’s HiRISE high resolution digital camera are stunning, interspersed with equally dazzling surface images from the planetary rovers and informative interviews with NASA scientists and engineers discussing their Martian discoveries. For the uninitiated, it’s also a nice primer of the some of the planet’s main topographical features including Olympus Mons (an extinct shield volcano three times the height of our Mt. Everest) and the enormous Valles Marineris canyon.

After an hour of incredible but somewhat monotonous images from Mars, the film’s third act smartly re-energizes viewer interest by describing the challenging conditions that humans will face once they arrive on Mars. It also details how the planet’s ancient lava tubes could provide refuge from the lethal radiation levels and possibly even yield signs of life. If you have even the slightest bit of interest in astronomy, Mars or space exploration, this documentary is a fascinating watch. Turn off the lights, turn up the sound and enjoy.

• Scientists estimate that it will take its first human crew about eight months to reach Mars from Earth by spacecraft. Mars has more extreme cold temperatures than Earth (ranging from lows of -166 degrees to highs of 95 degrees Fahrenheit), has about a third of the gravity of Earth and has an unbreathable atmosphere that is 95% carbon dioxide and less than 1% oxygen.

• The Perseverance Rover landed on Mars on February 18, 2021 in the Jezero Crater, an ancient lakebed that scientists believe offers the best chance for finding signs of ancient life on the planet. Soon after landing, Perserverance deployed the Mars Ingenuity helicopter, which has become the first aircraft to fly on another planet. The chopper is providing vital data on how to operate a drone on another planet. Perseverance also has a tool onboard that is attempting to create oxygen from inhaling carbon dioxide from the Martian atmosphere.

• NASA’s Dragonfly exploration mission is planned for a 2026 launch with a 2034 landing on Saturn’s moon Titan, a world rich in organic materials – rivers, lakes, mountains and possibly volcanoes – which are believed to mirror those found on early Earth. 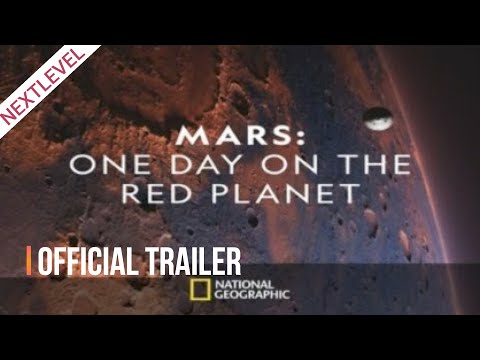