When prominent South Carolina attorney Alex Murdaugh was arrested for the June 2021 execution-style murders of his wife Maggie and 22-year-old son Paul on their rural estate, it effectively ended the prominent family’s more than 100-year-long stranglehold of power in the state’s marsh-filled Low County region. The Murdaugh’s incredibly bizarre and shocking story is detailed in this three-part crime documentary on HBO Max.

Using a combination of interviews, harrowing 911 calls, closed-circuit video and police dashcam footage, directors Mor Loushy and Daniel Sivan (The Oslo Diaries, Censored Voices) quickly take us from the night of that fateful double murder back to 2019, when son Paul was piloting five of his friends on his speedboat after a night of heavy drinking.

The boat hits a bridge pillar, killing his best friend’s girlfriend, 19-year-old Mallory Beach. The closed-circuit footage of the accident is chilling. The Murdaugh’s blatant attempts to cover up Paul’s involvement in her death, Paul’s revolting lack of remorse, and the special treatment he gets while on trial make it clear – the Murdaughs had the local police and courts under their control.

Throughout the course of the docuseries, as two more mysterious deaths are highlighted, the picture of the Murdaughs also becomes quite clear – they are as close to an organized crime family as you can get in this part of the U.S. The level of lurid, “Good Ole Boy” behavior is disgusting.

The biggest complaint of the docuseries – there is just SO MUCH other crazy behavior to cover, that the three 40-60 minute episodes breeze over a lot of Alex Murdaugh’s other alleged criminal activity, particularly his alleged embezzlements from dozens of wrongful death and injury plaintiffs he represented. Fear not, Hulu is planning a scripted series, Murdaugh Murders.

• Friends report that since the murders of his mother and younger brother, Buster Murdaugh has become a recluse, gained a lot of weight and a beard, and reportedly is living at one of the family’s other properties. Prior to the murders, the University of South Carolina Law School student (reportedly kicked out in 2019 for plagiarism) had worked at his father’s law firm, which has since changed its name to Parker Law Group.

• In June 2022, South Carolina law enforcement officials announced they had received permission to exhume the body of longtime Murtaugh family housekeeper Gloria Satterfield, due to mysterious circumstances surrounding her 2018 death at the Murtaugh estate, seven months after Alex Murtaugh agreed to pay $4.3 million dollars that he pocketed from a wrongful death insurance settlement that was intended for her family. Mallory Beach’s family’s wrongful death lawsuit against the Murdaugh estate will go to trial in January 2023. The re-opened investigation into Stephen Smith’s 2015 death continues.

• The Crosby Land Company listing for the Murdaugh family’s Moselle estate claims it is under contract $3.9 million. 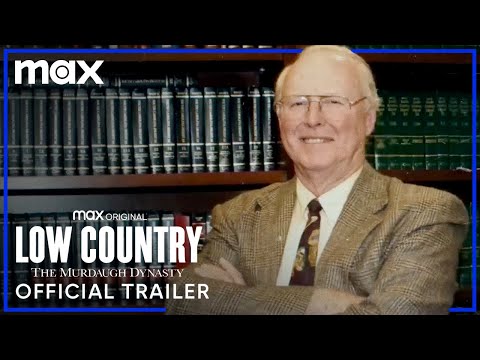