Lore, the eldest teenage daughter of a high-ranking Nazi family, must lead her four siblings on a harrowing trek across Germany immediately following the Allied victory over the Nazis in WWII. During their harrowing journey they meet a young war refugee who saves Lore’s life, and Lore learns harsh truths that shatter her long-held beliefs about her parents and the Nazis. This historical war drama is based on Rachel Seiffert’s 2001 novel, The Dark Room.

It is less common that a WWII story is told from the perspective of the losing side, which makes director Cate Shortland’s film unique, riveting and intimately realistic – a reminder that all children are innocent victims in war. Seeing the Nazi parents abandon their children is heartbreaking, as is Lore’s eventual realization that everything she has believed as a young girl is a lie. Adding further turmoil is Lore’s sexual awakening, as she is both attracted to – and repelled by – the daring young man she suspects of being a Jew, who hovers near them, ready to protect when needed.

In her film debut, an impressive Saskia Rosendahl gives a compelling portrait of Lore, with Kai-Peter Malina (Leipzig Homicide) also a standout as the war refugee who helps her and her siblings at a chaotic time when most people were concerned only with their own survival. At times the story drags and is tedious, but the cinematography keeps it gripping – a thought-provoking reminder of the effects of national propaganda on its citizens.

• Since Lore, some of Saskia Rosendahl’s more notable films include the 2018 Oscar-nominated German film Never Look Away and the 2018 crime thriller The Girl in the Spider’s Web. She speaks German, English and Spanish.

• The photos that Lore combs through in the passport near the end of the film are of family members of director Cate Soundland’s husband. 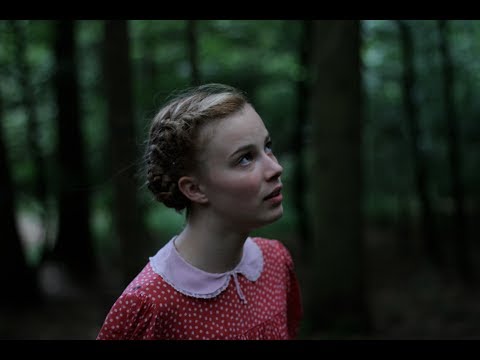