Maria, a deeply depressed teenager who’s bullied at school, switches places with her diabolical reflection in the mirror in this psychological horror from writer/director Assaf Bernstein (The Debt). Is the emotionally fragile María suffering a psychotic breakdown? Or is alter ego Airam (Maria spelled backwards – we see what you did there) actually the spirit of her twin who died at birth?

Jason Isaacs (The OA, Hotel Mumbai) and Mira Sorvino are both solid as her dysfunctional parents despite having to endure some truly moronic dialogue, and while it’s at first strangely fun watching Airam exact revenge on those who’ve wronged Maria, later it gets downright unsettling, and then there is that ending – a real dud. Hey – at least there are no cliché jump scares.

• Look Away was filmed in Winnipeg, Canada.

• Jason Isaacs says enjoyed his scenes with India Eisley’s Airam, because it is a father’s worst nightmare to have a daughter that is suddenly so aggressive and confrontational shaking parental authority. 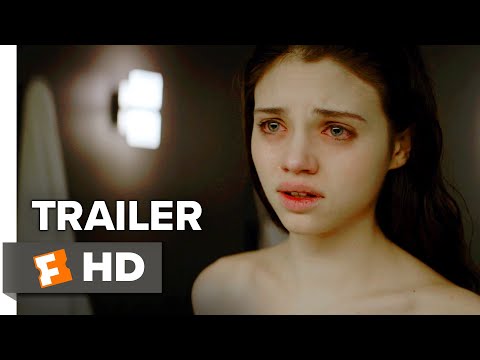