When U.S. Secretary of State Charlotte Field (Charlize Theron) decides to run for President, on a whim, and much to the dismay of her staff, she hires as her speechwriter a newly-unemployed, idealistic, investigative journalist (Seth Rogen) – a man whom she also just happened to babysit when she was a teenager. As the unlikely duo get reacquainted, sparks, romance, and controversy follows.

Borrowing elements from Pretty Woman, Beauty and the Beast and HBO’s Veep, director Jonathan Levine (Snatched, Warm Bodies) has on his hands all the elements for a perfect storm of “rom-comness” – a fun premise, a great cast, some truly hysterical moments and clever writing. Unfortunately his film tries so hard in the second half to be edgy with its over the top (and totally unnecessary) raunchiness and lame sophomoric humor, it destroys its initial charm in the process.

Theron is terrific, her chemistry with Rogen is undeniable (see the Howard Stern YouTube video below), and some of the movie’s biting humor about our current political climate is on point, but when you find yourself thinking afterwards how so many elements could easily have been done so much better, it’s disappointing.

• Charlize Theron, Seth Rogen and Bob Odenkirk have all appeared in different seasons of the TV comedy series Arrested Development.

• Charlize and Seth, talking with Howard Stern about her dating life: 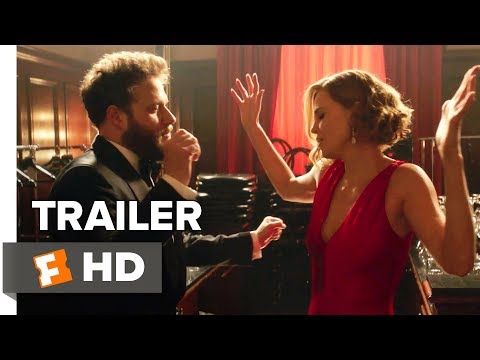