Saoirse Ronan, Emma Watson, Florence Pugh and Eliza Scanlen are each perfectly cast as the four sisters, despite a few moments where efforts to create the perfect Norman Rockwell type visual tableau results in a bit of schmaltz and a few bouts of overacting. The period visuals are immersively well done, as is Alexandre Desplat’s stirring score. The supporting cast – Laura Dern, Meryl Streep, and Chris Cooper – give the story added emotional depth and realism. Surprisingly, the weakest acting link is Timothée Chalamet, whose overly-hammy portrait of Laurie, the friend and love interest of a couple of the sisters, seems out of place.

With a film brimming with big heart and affection, there are only a couple of small negatives – a story that at times drags and some confusing flashbacks that require close viewer attention, since other than Jo’s haircut, none of the characters look any different. Gerwig’s creative spin on the finale, however, is a particularly clever touch, resulting in an adaptation that would make Alcott proud.

•. Although it was her most popular novel, author Louisa May Alcott, a radical feminist and abolitionist, initially was not a fan of her semi-autobiographical novel that made her famous, calling it dull.

•.Three of the four “sisters” in Little Women – Saoirse Ronan, Emma Watson and Florence Pugh all auditioned to co-star with Scarlett Johansson in the upcoming Marvel film, Black Widow. Pugh won the role. 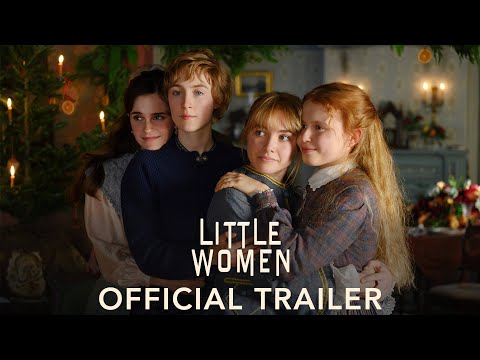