Oscar-winner Lupita Nyong’o, Alexander England and Josh Gad star in this Australian horror/comedy about a self-centered, immature musician who teams up with a schoolteacher and a children’s television show personality to keep a group of kindergarteners safe when a zombie outbreak occurs during a school field trip to a theme park.

Writer/director Abe Forsythe (Down Under) creates a bizarre mashup of gore and giggles in this goofy, campy film. Not surprisingly, Nyong’o is the film’s highlight, as the uber-resourceful kindergarten teacher, Miss Caroline, who first tries to convince her super cute kids that the zombie apocalypse is just a game, then resorting to singing and playing the ukelele when that no longer works. England (Alien: Covenant) channels a lovable screwup man-child vibe reminiscent of Simon Pegg in 2004’s Shaun of the Dead, with Gad just being annoying as the loathsome television show personality.

Despite a few chuckles – some hilarious and wildly inappropriate – and a relatively shocking amount of gore, Forsythe’s screenplay otherwise lacks the cleverness or creativity to make his odd premise really connect. The finalé is cute and sweet, but Little Monsters just isn’t charming enough or scary enough on its own to be an effective comedy or horror.

• Taylor Swift granted rights to use her song “Shake It Off” in Little Monsters only after Lupita Nyong’o personally contacted her, explaining why the song was so important to the story.

• Writer/director Abe Forsythe, who also appears as a police officer at the start of the film, dedicated Little Monsters to his son Spike, whose first day of kindergarten inspired parts of the screenplay.

• With the exception of the lead child actors, the rest of the kindergarteners go by their real names in the film. 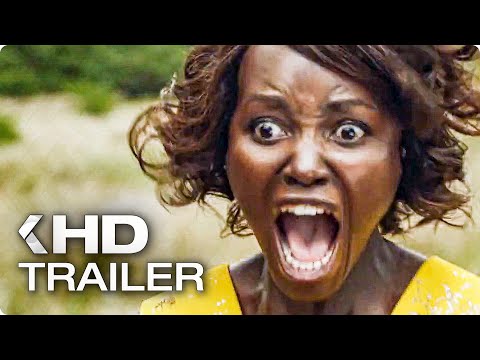