A despondent Zach (Dane DeHaan) is overjoyed when he learns his recently-deceased girlfriend Beth (Aubrey Plaza) has come back from the dead. But he soon realizes she has changed, and not for the better, in this 2014 horror/comedy.

The premise of Life After Beth has been done many times before – and much funnier. The biggest surprise in this lifeless comedy is how writer/director Jeff Baena (Horse Girl) was able to get so many established actors – Plaza, DeHaan, John C. Reilly, Anna Kendrick and Molly Shannon – to take part. Kudos to Plaza alone for giving one wacky, committed performance that just barely saves this uninspired mess from total failure.

With a cringeworthy script devoid of laughs, Baena leans heavily on painfully bad sight gags and slapstick humor. It feels like one of those throwaway Saturday Night Life skits relegated to the show’s last 20 minutes, only it lasts an hour and a half too long. (The film is an hour and 31 minutes.) There is, however, one single saving grace – a big finish featuring our two main characters, one stove and a steep hillside.

• Life After Beth is, to date, one of three films Aubrey Plaza and Anna Kendrick appear in together. The others are 2010’s Scott Pilgrim vs the World and 2016’s Mike and Dave Need Wedding Dates.

• Life After Beth has several ties to the hit TV series Parks and Recreation. In addition to its lead Aubrey Plaza, Nick Offerman (the voice of the narrator in the Machu Picchu documentary) and Jim O’Heir (the mailman) both appeared in the series. And at the end of the film Plaza’s Beth is on the phone with “Andy,” a reference to her character April’s husband in the series, played by Chris Pratt.

• Life After Beth was director Garry Marshall’s final film appearance, before his death in 2016 at age 81 from complications of pneumonia following a stroke. 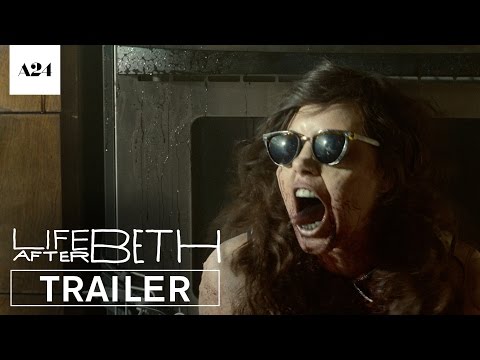