Emma Thompson and Mindy Kaling star in this dramedy about a late night TV talk show host who decides to hire her first female writer, just as she is about to lose her job after years of declining ratings. Funny enough, her token diversity hire turns out to be just the person she needs to reconnect with her audience and save her show.

Kaling, who wrote the script for Late Night, taps into her quirky blend of understated and hysterical humor to make what easily could have been a predictable story, one that is clever, realistic and immensely charming. And Thompson’s convincing transformation of Katherine Newbury from an arrogant, emotionally disconnected jerk to a likable, relatable and fun individual is absolutely brilliant – think Meryl Streep’s iconic Miranda Priestly in The Devil Wears Prada, only with more heart.

And just when you think you see the tropes coming, director Nisha Ganatra (Transparent) takes the story into a new direction, tackling issues such as sexism, racism and ageism – even if only skimming the surface. As an added bonus, fans of the late night TV talk shows will get a kick out of seeing the inner workings behind the scenes, with some of the film’s plot developments eerily reminiscent of actual late night TV talk show dramas that have played out in recent years.

• Actress/screenwriter Mindy Kaling (The Office, Inside Out), who once worked as an intern for Conan O’Brien and was the only female and minority writer on The Office, says she specifically wrote the part of Katherine Newbury for Emma Thompson • Mindy Kaling posted a photo of the film’s first table read on her Instagram on April 9, 2018

• Paul Feig (Spy, Bridesmaids) was originally slated to direct the film, but had to drop out due to schedule conflicts 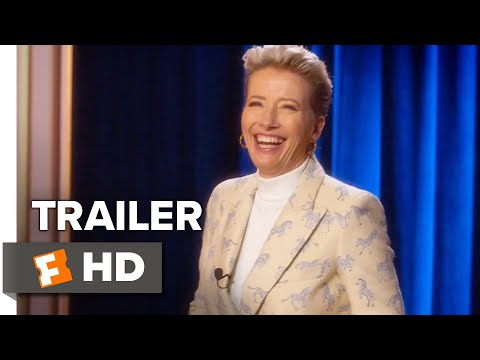