Keeping Up With the Joneses

The premise of this screwball comedy sounds cute enough – Zach Galafianakis and Isla Fisher are a bored, married couple that grow suspicious when a beautiful, worldly, stylish couple (Jon Hamm and Gal Gadot) move into their sleepy, suburban neighborhood – a couple that turns out to be government spies.

These painfully obtuse movies typically load all their funny parts in the movie trailers, and sadly, this one is no different – literally ALL five laughs are in the trailer, which if you’ve already seen, you certainly won’t want to see again.

What is even more frustrating is that such a talented cast is wasted on such a colossally lame, comedy-free comedy. This movie, directed by Superbad director Greg Mottola, is just SUPER BAD. 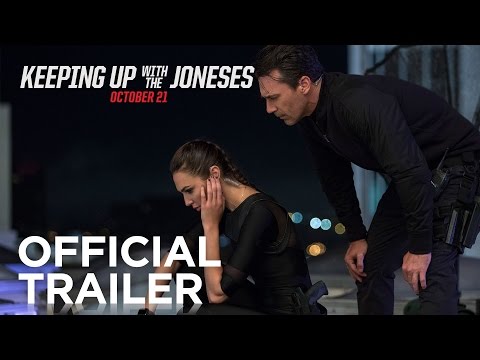