Renée Zellweger stars (and sings!) in this biopic set during the final months in the life of legendary entertainer Judy Garland. Loosely based on Peter Quilter’s 2005 play “End of the Rainbow,” it examines the substance abuse, depression and the financial difficulties that led tiny 4’11” Garland to move to London for a run of performances in early 1969, just months before her death from an accidental drug overdose at age 47.

Zellweger gives a master class performance, channeling not only the look, but the mannerisms and even the singing of the iconic superstar. Her performance deservedly has Oscar written all over it.  And while the timeline that director Rupert Goold (True Story, King Charles III) focuses on is a particularly bleak and depressing low point in her life, his largely accurate, albeit dry story achieves its goal of portraying a defeated, hopeless and desperate Garland. There are some happier moments among all the melancholy. One scene with a couple of her adoring gay fans is particularly touching.

The film’s biggest detraction is the flashbacks used to illustrate how the big Hollywood studio system set Garland on a course of self destruction. While effective, the flashbacks appear stiff and one dimensional, especially when compared to Zellweger’s powerhouse performance. And Finn Wittrock seems miscast as Garland’s opportunistic fifth husband. Regardless, this sympathetic film is a compelling one and a career defining role for Zellweger.

• Renée Zellweger spent a year and a half training with a vocal coach and rehearsing to master Judy Garland’s vocals.

• Garland’s oldest daughter, Liza Minnelli, says she does not approve of the film. Garland’s younger daughter, Lorna Luft, says she won’t be watching it either.

• Garland, who’s father was gay, was wildly popular among gay men and had a large circle of gay friends. New York’s Stonewall riots, a flashpoint in the gay rights movement, occurred during the overnight hours after Garland’s funeral. 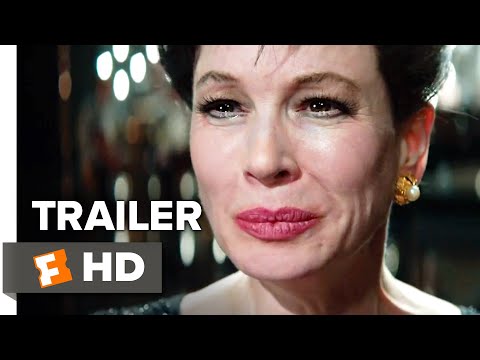