This Netflix docuseries explores the life of multi-millionaire Jeffrey Epstein and his decades long career as a rapist and trafficker of underage girls. The four-part exposé is based on the book “Filthy Rich” by popular mystery writer James Patterson, who also was Epstein’s neighbor in Palm Beach, Florida. The series features interviews with a multitude of Epstein’s accusers, detailing the shocking lengths to which Epstein went to keep them silent, how he made his wealth, and his high profile list of friends, which included Donald Trump, Bill Clinton, Harvey Weinstein and Britain’s Prince Andrew.

Director Lisa Bryant started making her series nearly a year before Epstein’s arrest and mysterious August 2019 death in a New York jail cell. And while it doesn’t break any new ground and at times gets mired in the legal wranglings, it does give the brave and rightfully angry women a voice that was long denied them by a corrupt judicial system. It explores how Epstein, aided by his longtime enabler Ghislaine Maxwell, preyed upon needy teenage girls in Palm Beach, and how they threatened and intimidated his victims, reporters, authorities, and even the families of authorities. We also hear about the secret 2008 plea deal that resulted in little more than a slap on the wrist for Epstein, that, when made public 11 years later, resulted in the resignation of Trump’s Labor Secretary Alex Acosta, who, as U.S. attorney, had approved the deal. The message is clear – if you are rich and well connected, you can get away with anything.

The series also includes rare footage inside Epstein’s homes in Palm Beach and the Virgin Islands, where his accusers say he had sex with his underage victims. Although the documentary includes the already well-known claims against Britain’s Prince Andrew and famed attorney Alan Dershowitz, it would have been interesting had Bryant explored more of Epstein’s rich and famous friends, and why so many remained close with him long after his 2008 conviction. As it is, that portion of the series barely scratches the surface. Still, it is a solid docuseries about a truly vile sociopath.

• On August 10, 2019, Jeffrey Epstein was found hanging dead in his cell at New York’s Metropolitan Correction Center, where cameras weren’t working, the guards weren’t awake and the injuries to Epstein’s neck weren’t consistent with self-inflicted injury. He is buried in an unmarked grave next to his parents at IJ Morris Star of David cemetery in Palm Beach, Florida. Their names were also removed from their tombstones to prevent vandalism.

• UPDATE: Epstein’s longtime friend Ghislaine Maxwell was arrested while in hiding in July 2020 and convicted on December 29, 2021 of sex trafficking a minor. She currently is awaiting sentencing.

• In November 2019, Prince Andrew announced he would step away from public duties as a royal. Andrew has denied having a sexual relationship with Virginia Roberts Giuffre, claiming he doesn’t recall the 2001 photo showing his arm around the then 17-year-old Giuffre. She says it was taken by Epstein (with Maxwell in the background) at Maxwell’s London townhouse after an evening of nightclubbing and just before they had sex. 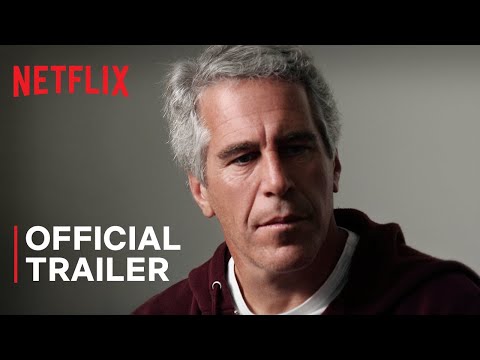