Interview with the Vampire

A renowned journalist meets with a vampire living in modern-day Dubai to get the story of his afterlife dating back to early 1900s New Orleans, in this AMC+ sci-fi/horror series from Rolin Jones (HBO’s Perry Mason).  This adaptation of the iconic 1976 novel from the late Anne Rice stars Jacob Anderson (Overlord, Game of Thrones), Sam Reid (Belle), and Bailey Bass as child vampire Claudia, trapped for all eternity as a teenager.

The crux of the series is set is in New Orleans’ historic Storyville red light district that existed from 1897-1917 with a very homoerotic Lestat de Lioncourt periodically freezing time and communicating telepathically to our protagonist, Louis de Pointe. The decision to make the character Louis a Black gay man cleverly opens the door to the comparatively more socially conservative period conflicts over his Blackness and queerness, both of which lead to his abandonment of his old life.

Just when the story starts to get a bit tedious, the arrival of precocious, scene-stealing Claudia in Episode Four gives it fresh air, with a terrific Bailey Bass perfectly straddling the line between terror and comedy. The scene of the trio cracking up while watching 1922’s Nosferatu in a theater is a gem.

The action set in the early 1900s is fascinating and well done, with meticulous costuming and production design. Less interesting is the modern-day interview segments with Alan Bogosian (Succession) as the journalistically jaded, cheap knockoff of the late Anthony Bourdain. While the show will disappoint Anne Rice purists looking for a more faithful and serious storyline, its humor will likely attract a new, larger audience. It’s just a shame Anne Rice didn’t live to see her vision fully realized into this fun adaptation.

• Anne Rice served as executive producer of this series with her son Christopher prior to her death from complications of a stroke in December 2021. She was 80.

• The series sprang to life after Universal Pictures lost the rights to reboot The Vampire Chronicles that presumably was to star Jared Leto as Lestat.

• In Anne Rice’s iconic novel, Claudia is five years old, whereas in the 1994 film adaptation Kirsten Dunst’s Claudia was age 10. In the TV series, Claudia is 14 – right in the middle of those awkward, puberty-and-drama-filled teenage years. 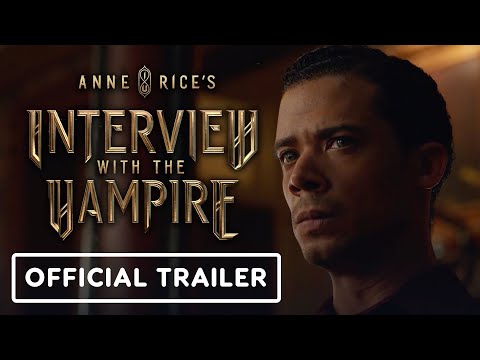