A family of modern day fur trappers living in remote Manitoba grow concerned when a rogue, menacing wolf returns to their neck of the woods. But they soon discover a much more menacing predator also is lurking, in this gripping horror/thriller from writer/director Shawn Linden (In Plain Sight, The Good Lie).

Set in the picturesque Canadian forests, the taut, hour-and-a-half thriller zips along at a brisk pace, with a building sense of isolation and dread, highlighted by a suspenseful score and an abundance of very realistic gore. These are, after all, characters who kill and skin animals for a living. This film is not for the weak-stomached.

As low budget horror films go, Hunter Hunter definitely is better than most – a solid production that defies its small budget, with engaged performances from its cast: Devon Sawa (Final Destination, The Fanatic), Camille Sullivan (Rookie Blue, Da Vinci’s Inquest), Summer H. Howell (Clouds), and Nick Stahl (Terminator 3: The Rise of the Machines). It also has a plausible, increasingly frantic story, which makes it all the more terrifying, topped off by what easily is the most gruesome movie ending of 2020.

• Hunter Hunter was filmed on location just south of Lake Winnipeg and at Nopiming Provincial Park in Manitoba.

• Hunter Hunter writer/director Shawn Linden was born in Winnipeg and has written more than 30 screenplays for film and television, most recently and prior to this film, the 2018 crime series In Plain Sight.

• Nick Stahl got his big break as a child actor in the 1993 Mel Gibson film, The Man Without a Face. Stahl says he now is in recovery following a bout with alcohol and drug addiction several years ago that briefly had him living on the streets of Hollywood. 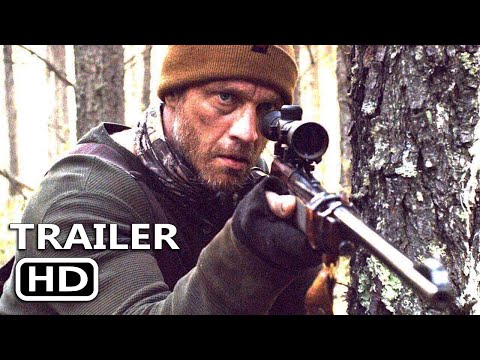