Annette Bening, Bill Nighy and Josh O’Connor star in this romantic drama about the end of a 29 year marriage and its devastating emotional toll on each family member. Writer/director William Nicholson bases it on his 1999 stage play “The Retreat from Moscow,” about the end of his own parents’ marriage.

The performances in this all-too-familiar tale of mid-life crisis are exceptional. Despite a sometimes spotty British accent, Bening breathes an abundance of passion into her performance as the scorned, self-pitying wife. She practically screams to be loved. It plays well against Nighy’s emotionally withdrawn husband who, long checked out, decides he just can’t take it anymore. O’Connor (The Crown), as the son caught in the middle, eventually realizes his own relationship failings stem from his parents’ broken relationship. His breakdown while describing to friends the happier days of his childhood is absolutely heart wrenching.

Nicholson sets his emotionally compelling tale along the bucolic white cliffs of Seaford, England, with an equally gorgeous piano score. The film is beautifully assembled, free of the confines found so often in plays adapted to the big screen. At times the melodramatic dialogue feels dated, stuffy and heavy handed – but the message, about it never being too late to find happiness, is timeless.

• William Nicholson is a two time Oscar nominee – for co-writing the screenplay of 2000’s Gladiator and for writing 1993’s Shadowlands. 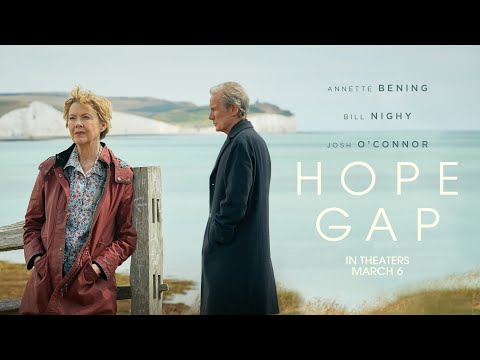