Frustrated by her controlling, manipulative, image-obsessed mother, an emotionally fragile preteen secretly hatches a mysterious egg that she finds in the forest near her home. The girl is mortified when a terrifying creature emerges, making all of the girl’s terrible, hidden desires a reality, in this dark, body horror/fantasy that plays like a modern-day Finnish fairytale.

Hatching is a wonderfully weird, creative film. Addressing issues such as family dysfunction, body image and eating disorders, the surreal, symbolism-laden story from Finnish director/co-writer Hanna Bergholm is a stinging indictment of the façade of social media culture.

The gruesome body horror taking place within the cheerily antiseptic home is both a surreal and chilling juxtaposition, often vacillating between the laughably ridiculous and terrifying. The unexpected portrait of the sexy handyman also upends expectations. Horror aficionados will appreciate Bergstrom’s creative, unconventional approach, although, like her main character’s penchant for regurgitating food for her monstrous alter ego, there is an overriding feeling that we, too, are being force-fed this interesting but very obvious story, much in the same manner.

• Hatching‘s original title in Finnish was Pahanhautoja, which translates as “evil graves.”

• Although set in Finland, Hatching was filmed in Riga, Latvia. 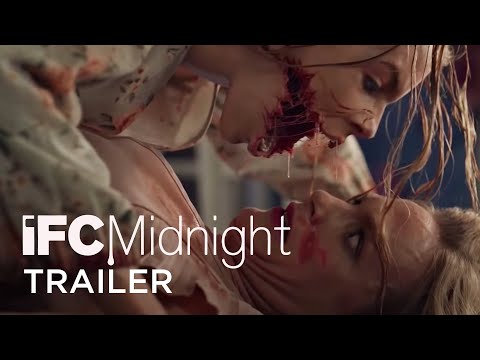