This is the real life story of one of the lesser known but equally important of America’s founding fathers, the nation’s first Secretary of the Treasury, Alexander Hamiton. This Disney+ original was filmed live over three days at the Richard Rodgers Theatre in New York in June 2016 with the original Broadway cast just before they ended their Tony award-winning run. At a time when America has never before been so politically divided, and now crippled by the coronavirus pandemic and protests over racial inequality, Lin-Manuel Miranda’s cleverly constructed historical hip-hop musical comes at a much-needed time, to restore within us a sense of hope and optimism. Thomas Kail, who also directed the show on Broadway, incorporates cranes, close-ups (including a hilarious Jonathan Groff’s unintentional sing-spitting as King George – egads!) and Steadicams to give the two and a half hour extravaganza the enthusiasm of a Super Bowl halftime show – a vast improvement over the more stilted theatrical presentations commonly found on PBS.

Miranda’s recasting of America’s origin story, replacing the slave-owning, white supremacist founding fathers with people of color, while less historically accurate, is a more inclusive, inspiring version of patriotism, reminding us that America is, after all, a nation of immigrants. There is not a single weak link in the cast. Among the standouts: Daveed Diggs as Thomas Jefferson and Leslie Odom Jr. as Aaron Burr, and Phillipa Soo and Jasmine Cephas-Jones as Hamilton’s wife and sister-in-law. The singing in Hamilton is phenomenal. Theater at its finest.

• Originally Disney planned to release Hamilton in theaters in October 2021, but moved it up a year and onto the Disney+ streaming service due to the COVID-19 pandemic and in time for America’s July 4th Independence Day celebrations.

• Hamilton won 11 Tony awards in 2016 (including Best Musical) out of a record-breaking 16 nominations, just one win shy of the record 12 wins by Mel Brooks’ The Producers in 2001. 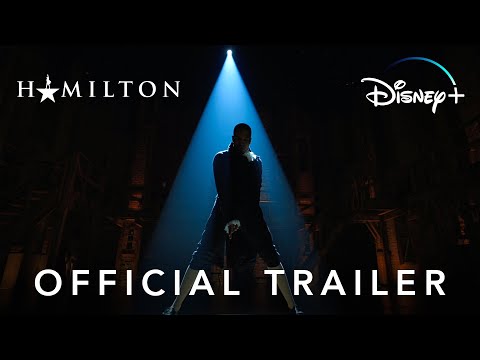