A young goat-herder in the 15th century Austrian Alps struggles to live a life of lonely isolation, first as a young child orphaned by her mother’s death, then years later as a single mother with a newborn infant, in this psychological horror.  Shunned and labeled a witch by unsympathetic townsfolk, a young, socially awkward Albrun finds her meek existence in the idyllic countryside upended when she befriends a mysterious woman.

Aleksandra Cwen’s committed performance, and a melancholic score juxtaposed with gorgeous visuals of the Alpine countryside, gives Hagazussa a trippy, surreal vibe that hypnotically blurs delusion and reality – imagine 2016’s The Witch set to the backdrop of The Sound of Music. The film’s exceptionally slow pacing and very limited dialogue, however, will frustrate all but the most hardcore arthouse horror fans as Hagazussa feels more like a beautifully filmed but hard to follow act of performance art than an actual coherent story.

• The church in the film is an ossuary, a site that serves as the final resting place for a large concentration of human skeletal remains (similar to catacombs). Ossuaries are often found where burial space is scarce.

• Confused like we were by the plot of Hagazussa after seeing it? Its Wikipedia page will help explain it. 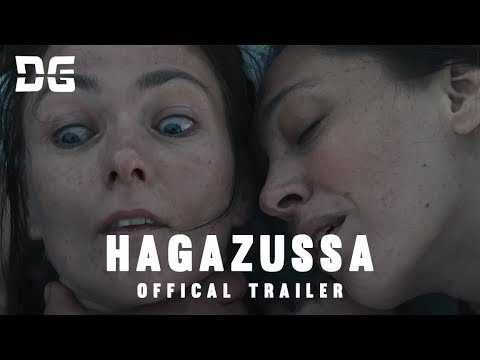