This is one of those movies in which the trailer looks to be a fairly run of the mill, but entertaining enough period horror film about a group of American WWII soldiers whose seemingly simple assignment babysitting a spooky abandoned French estate takes a creepy turn when they discover the house is haunted by the ghosts of inhabitants killed by former Nazi invaders.

Only it is not. After more than an hour of adequate story development, an adequately spooky setting, adequately solid performances from its ensemble cast, and some adequate scares, writer/director Eric Bress (The Butterfly Effect) takes his story completely off the rails into something so inexplicably convoluted and utterly ridiculous that viewers will be left asking themselves, “WTF did I just see?!”

As a result, Ghosts of War devolves from being a solid grade B film to something so infuriating it can be nothing but a total failure.  What a mess. At least the trailer is good.

• Brenton Thwaites (Chris) previously appeared in Pirates of the Caribbean, Titans and Maleficent.

• Alan Ritchson (Butchie) is best known as Raphael in the Teenage Mutant Ninja Turtles films, Gloss in The Hunger Games, and Hank Hall in Titans. 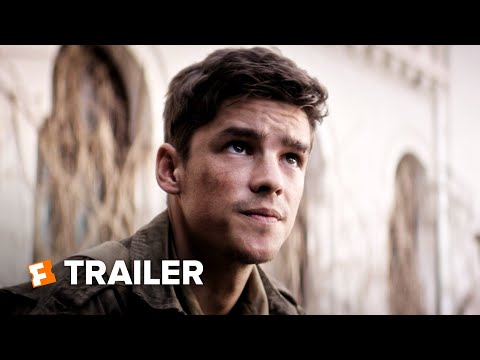