Frances Ferguson is a pretty, bored young wife and mother working as a substitute teacher in North Platte, Nebraska. Frustrated by her loser of a husband, Frances decides to implode her life and have an affair with a high school student. The result is some pretty major life changes and ultimately, self discovery, in this quirky, dark comedy from director Bob Byington (7 Chinese Brothers).

The dry humor (her daughter is named Parfait), equally sardonic narration from Nick Offerman (Parks and Recreation), and an unexpectedly irritated point of view from our female felon makes for some moments that are equal parts entertaining and uncomfortably thought provoking. (Case in point: why are we okay with this as a comedy, just because the sex offender is an attractive female?)

Regardless, Kaley Wheless delivers a pretty compelling portrait of a woman annoyed at being expected to accept the continued inappropriate objectification by men, just as she’s convicted of acting on her own inappropriate objectification of a 16-year-old boy. And while Bob Byington’s humor is not for everyone, for those who can appreciate his unique perspective on hypocrisy and droll humor, Frances Ferguson is an interesting hour and 14 minute ride with a fair share of chuckles.

• Kaley Wheless, who came up with the story with director Bob Byington, wore her actual high school cheerleading uniform in the scene at the laundromat.

• Frances Ferguson was filmed in a North Platte, Nebraska. 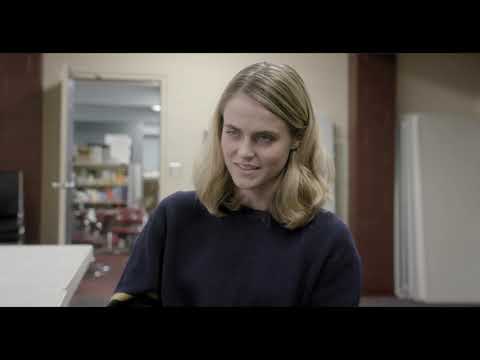