Glenn Close and Mila Kunis star in this drama about a mother trying to help her drug addict daughter through four crucial days of recovery so she can get a drug that will break her cycle of heroin addiction. The film is based on Eli Saslow’s 2016 Washington Post article about Detroit area mother and daughter Libby Alexander and Amanda Wendler.

With Mila Kunis physically transforming herself to look almost unrecognizable, this could have been her big Oscar moment – but sadly, the well-intended story from Saslow and co-writer/director Rodrigo Garcia (Albert Nobbs, In Treatment) has all the depth of an ABC Afterschool Special. It just doesn’t go deep enough in showing the horrors of heroin addiction.

Instead, we get a sanitized hour an a half of watching an understandably wary mother watch her daughter again white-knuckle through heroin withdrawals, but without really showing said withdrawals. In choosing to stick so close to the article, Garcia shows us nothing of their pre-addiction lives, which would have provided much-needed context and made the story infinitely more relatable.

One of the most dramatic moments in Four Good Days is when the two go to a trap house to find the daughter’s addict friend, under the pretext of helping her. Here again, the film’s tension falls short of the newspaper article. It also is a moment way more realistically portrayed in other movies (Ben is Back). Close and Kunis’ solid performances elevate the mediocre script, but it is an opportunity missed.

• Amanda Wendler, who moved to North Carolina several years ago, says she now has her own home and vehicle, talks with her mom every day, is dating a man and has a great relationship with her sons. She and her mom hope their story helps encourage others to talk about and seek help for drug addiction.

• The opioid antagonist naltrexone eradicates the euphoric high of heroin use, almost immediately. It should be administered only after the patient has been drug free for at least a week, and it takes several weeks for the craving for heroin to diminish. 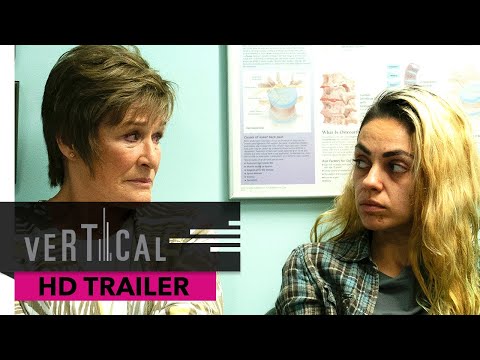