This horror series is set on a remote Arctic outpost in Norway’s Svalbard Islands, where, in season one, the normally peaceful, close-knit community is shaken when a mysterious spate of gruesome killings start occurring. As the body count rises, authorities eventually make a terrifying discovery that could threaten not only the town’s 700 inhabitants, but life on Earth itself. What sets this intriguing series apart from other shows in the genre is the incorporation of the frightening isolation of Arctic living, a surprisingly realistic premise, gorgeous Arctic landscapes, and captivating performances from Sofie Gråbøl, Richard Dormer (Game of Thrones) and Stanley Tucci as the beleaguered governor, sheriff and investigator. Just when we think we have figured out the mystery, the twist-filled story reminds us that things are never what they initially seem, keeping it pretty entertaining as the story comes full circle in the finale. A-

(Season 2):
Season two picks up weeks later, with townsfolk coping with aftermath of the crisis as a decades old mystery, and terrifying new crisis, spreads from a neighboring Russian settlement – prompting yet another rise in the body count. Richard Dormer is back as the imperfect sheriff who mysteriously reappears weeks after being presumed dead. New characters are introduced to replenish the dwindling population – among them, Dennis Quaid as a king crab fisherman and Michelle Fairley (Lady Catelyn Stark from Game of Thrones) as his dying wife, prompting the question, does Fairley appear only in shows where main characters are suddenly killed off? Yikes! While the production values improve over season one, season two’s more mystical storyline feels a bit too farfetched and is way more gruesome for some tastes. B 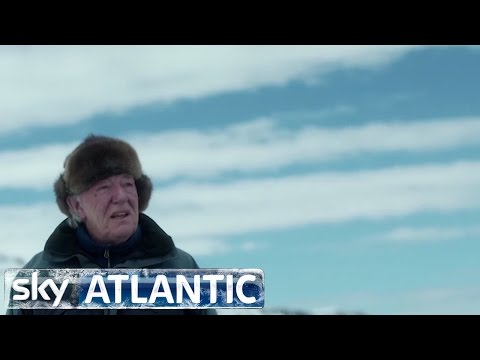