This romantic drama, loosely based on the novel by Heidi McLaughlin, is about a country music superstar (Alex Roe) who returns to his hometown in rural Louisiana eight years after inexplicably abandoning his would-be bride (Jessica Rothe) at the alter.

While writer/director Bethany Ashton Wolf’s schmaltzy, pothole-filled story appears inspired by the entire Nicholas Sparks filmography, her result falls far short, with a silly plot and underdeveloped male and female lead characters that are so astoundingly (and respectively) unlikable and wishy-washy that this film should serve as the very definition of an outdated, unhealthy relationship.

Regardless, the film will still satisfy fans of the low expectations, made-for-Lifetime and The Hallmark Channel romance genre, and the country music featured in it is actually quite good. Roe belts out a couple of decent tunes and Travis Tritt even has a cameo as a singer/songwriter. And leads Roe (The 5th Wave) and Rothe (Happy Death Day) are at least pretty to look at.

• Alex Roe briefly shadowed country music group Little Big Town (whom has several songs – including “Little White Church” – on the soundtrack) to get a better idea of what it is like to perform onstage in front of a huge audience.

• Author Heidi McLaughlin has a cameo in the film’s first 20 minutes as a funeral attendee. 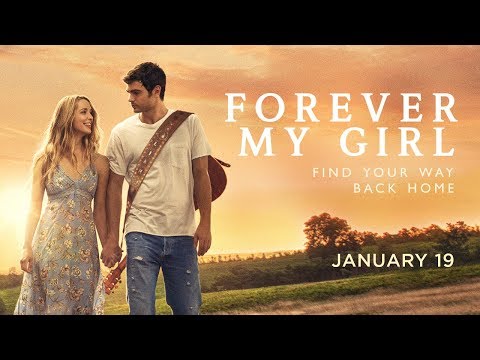