A 1929 scientific expedition to a remote stretch of Canadian wilderness turns into a battle for survival, after a group of college-aged explorers realize a deadly bloom of mutant pollen spores is killing all living creatures in the area, in this low budget, period eco-horror.

From its start, Flora has the feel of a pretty decent college film project. First, the things that work – an intriguing premise, solid costuming and a score that effectively captures the period. The things that don’t – some God awful histrionics by a couple of the actors, distractingly clunky camerawork that often tries too hard to be artsy, and a plot that gets both increasingly predictable and silly. The first sign of plot peril is when everyone just happens to have gas masks handy. Riiiiiight.

The third act of Flora is where things get really weird… kind of stupid… and downright annoying. There is way too much shouting and whistle blowing – as the histrionic acting baton is passed from actors in the second act to surviving characters in the third. (Less is more, folks.) For all its faults, this debut by writer/director Sasha Louis Vukovic has lots of style, just not a lot of substance. And the predictable ending is a total dud.

• The first three letters in morse code at the start of the film are SOS. The rest of the message is revealed later into the story.

• Flora was filmed in Quebec.

• Toronto-native writer/director Sasha Louis Vukovic is a graduate of the New World School of the Arts in Miami, Florida, and the Chicago College of Performing Arts. 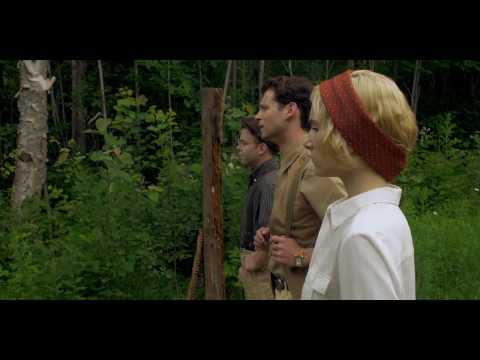