Ethan Hawke stars in this somber thriller about the pastor of a small church in upstate New York who emotionally unravels after a soul-shaking encounter with an emotionally-disturbed environmental activist and his concerned pregnant wife, Mary (Amanda Seyfried).

Writer/director Paul Schrader’s broody, moody, church confessional parable about a pastor losing his faith is reminiscent of Daren Aronofsky’s controversial 2017 drama mother!, which also was loaded with biblical symbolism and artsy imagery. And like it, Schrader’s well-crafted, dark film is also a polarizing love it or hate it experience, touching on the issues of climate change, depression and mortality – but often in a way that feels heavy-handed and… preachy. After a first hour and 23 minutes of bleakness, the film veers off into a bizarre metaphysical bent that will delight some arthouse cinephiles – but likely annoy everyone else. Hawke expertly captures the bleakness of a man who has lost his faith, although the film’s ambiguous ending is a bit frustrating and unsatisfying for most viewers. Regardless, it IS memorable and thought-provoking.

• The church used in the filming is Zion Episcopal Church in Douglastown, Queens, New York 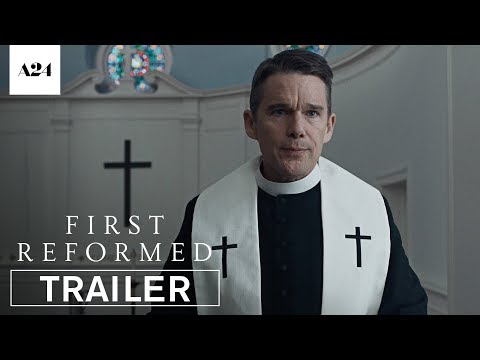