The parents of a young girl with the ability to start fires telekinetically fight to keep her out of the hands of evil scientists seeking to harness her powers, in this remake of the 1984 sci-fi/horror thriller starring Drew Barrymore.

Poor Stephen King. Despite a handful of solid adaptations of his horror novels over the years (among them: Carrie in 1976, 2007’s The Mist, It in 2017, and 2019’s Doctor Sleep) we are back in the toilet bowl of schlocky, slapped together adaptations like 2019’s awful Pet Sematary and In The Tall Grass. With a shockingly amateurish script filled with laughably ridiculous dialogue, God awful acting from a strange looking Zac Efron and young star Ryan Kiera Armstrong (It: Chapter Two) and hokey visual effects, Firestarter is one profoundly bad production, even for Blumhouse, which is famous for cranking out low budget junk.

After his promising 2019 debut The Vigil, it is particularly disappointing to see director Keith Thomas reduced to helming such dreck. There is nothing even remotely frightening about this terrible movie – only a couple of meager moments of unintentional comedy. In the final words of Efron’s character, burn it all down.

• Firestarter was the final film from executive producer Martha De Laurentiis, who died of brain cancer at age 67 in December 2021. Her first film as a producer was the original 1984 Firestarter.

• Firestarter was filmed in Toronto and Hamilton, Canada.

• Firestarter director Keith Thomas has said there have been discussions about expanding the film into a franchise. Please, no. 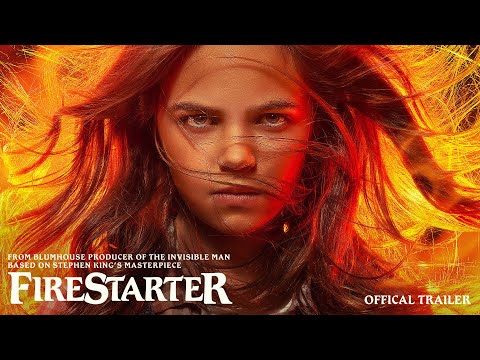