This documentary showcases the unconventional love triangle involving volcanoes and the late French volcanologists and filmmakers Katia and Maurice Krafft, who perished in June 1991 in a pyroclastic flow on Japan’s Mt. Unzen that also killed 41 other scientists, firefighters, and journalists.

You know you are in for a treat when during the opening credits, this unusual film lists among its cast, the Mauna Loa, Nyiragongo, and Mt. St. Helens volcanoes. Featuring some of the final images of the couple just before their deaths, this documentary from co-writer/director Sara Dosa (The Seer and the Unseen) then spends an hour and a half blending quirky animation and a treasure trove of the Kraffts’ own 25 years of archival footage to create a lyrical ode with a groovy, 1960s-era vibe.

While Fire of Love skirts the eccentric couple’s actual science work (they were more volcano chasers and filmmakers than textbook scientists), the film is a sweet but sluggish tribute, wallowing in flowery phrasing and hypnotic footage of erupting volcanoes, while reminding us of the beauty (and danger) of being consumed by a life’s passion – in their case, quite literally. The film ends with footage from Mt. Unzen – a sobering reminder of the danger the Kraffts faced. But what a treat that this sweet film exists to keep alive their memory.

• The Kraffts’ remains were discovered two days after the 1991 eruption, their bodies lying side by side near their rental car, burned beyond recognition and identified by Maurice’s watch.

• The Maurice and Katia Krafft Memorial Fund at the University of Hawaii-Hilo is used to educate people in countries of high volcanic risk about the dangers of active volcanoes.

• Fire of Love is the third documentary about the Kraffts, following two prior documentaries from Werner Herzog, 2016’s Into the Inferno and 2022’s The Fire Within: Requiem for Katia and Maurice Krafft. 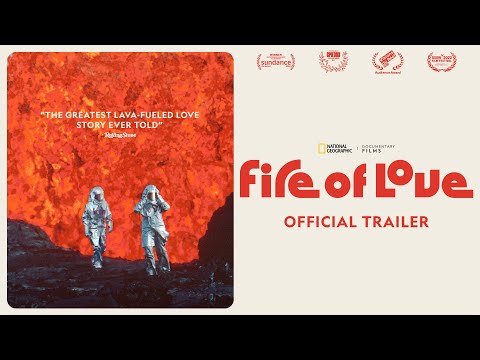