Jane Austen’s Pride and Prejudice gets the LGBTQ+ treatment when a group of friends meet up for their annual week-long vacation on the predominantly gay getaway, Fire Island, in this Hulu rom-com written by and starring Joel Kim Booster, with Bowen Yang (Saturday Night Live) and Margaret Cho. It becomes bittersweet, however, when they learn their lesbian den mother must soon sell the house.

Fire Island captures the picturesque beauty (those sunsets!) and the decadence as well as the shallowness and insecurities fueled at the idyllic gay destination, as told by individuals who often find themselves marginalized by the discriminatory “no fats, fems or Asians” attitude that is so prevalent in the gay world. Kim Booster’s Noah is the meddlesome sexpot with one goal – to help get his long-time bestie Howie (Yang) laid. Conrad Ricamora (How to Get Away With Murder) plays the straightlaced, Mr. Darcy equivalent from Austen’s novel.

Director Andrew Anh does a fine job juggling the jarring slutty-to-sweet tonal shifts, and the film smartly doesn’t shy away from the island’s pervasive hookup and party drug culture, despite its “make your own adventure” vibe. Yes, the predictable story itself is painfully corny at times, and some of the minor characters are so thinly drawn out that they ironically are marginalized. But the film does accurately capture life on Fire Island, and Yang’s understated performance is a standout, making the cheesy, breezy rom-com’s sweet finale believable.

• South Korean-born and Illinois-raised Joel Kim Booster is best known for his special on Comedy Central Stand-Up Presents, and has also written for Big Mouth and Billy on the Street.

• Accessible only by ferry from New York’s Long Island, Fire Island is famous for its legendary sunsets and stunning mid-century modern architecture of its houses. The deer on the car-free island are known to spread Lyme Disease, so steer clear and don’t touch! 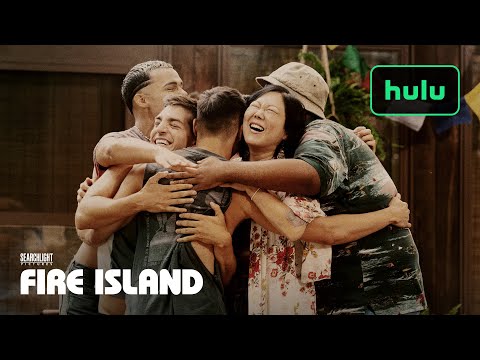