Fighting With My Family

This biographical sports dramedy is based on the true story of pro wrestling’s Knight family of Norwich, England. When young adult siblings Paige and Zak audition for America’s WWE, they each embark on unexpected journeys that will forever change their lives.

Writer/director/actor Stephen Merchant (The Girl in the Spider’s Web) who also portrays the father of Zak’s girlfriend in the film, has assembled a crowd pleasing story that, while a bit clichéd, still ticks all the boxes – it is funny, clever, heartfelt and surprisingly deep, as it examines what it means to be successful in life – pretty heady stuff for a pro wrestling movie.

The supporting cast – Vince Vaughn, Nick Frost (Shaun of the Dead), Lena Headey, and Jack Lowden (Dunkirk) – all deliver committed, energetic performances. And it is pretty fun (and quite surreal) to see Headey trading in Cersei’s golden locks in Game of Thrones for a magenta dye job. The film’s standout is its lead, Florence Pugh (Lady Macbeth), who injects tons of personality and heart as her character Paige battles to make her dream come true. This enjoyable and relatable film culminates in a rousing, emotional throat lump of a finale –  a love letter to anyone who has pursued a dream they wanted more than anything in the world… and achieved it.

• Producer/actor Dwayne Johnson got the idea for Fighting With My Family while watching the documentary on which it is based. He contacted Stephen Merchant to write the script and direct. • In real life, Paige, who retired from pro wrestling in April 2018 following a neck injury months before, had failed a prior WWE tryout before landing a spot in the NXT training program in 2011.

• Florence Pugh, who will star in this summer’s psychological horror Midsommar, has landed a major role alongside Scarlett Johansson in the upcoming Marvel film, Black Widow, due for release in 2020. 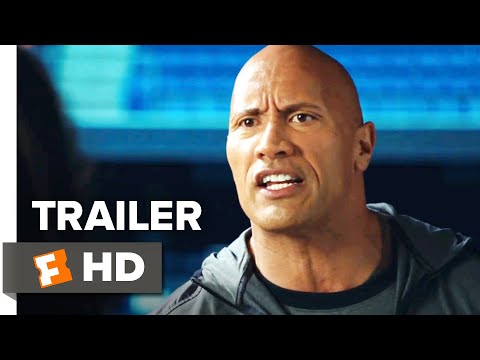