HBO’s edgy teen drama is about a group of high schoolers dealing with a bleak laundry list of very adult issues – among them: drug addiction, depression, body shaming, sexual identity, sexual abuse and violence. Created by Sam Levinson (Wizard of Lies), Euphoria is based on a 2012 Israeli show of the same name.

After a 2019 debut that scored star Zendaya an Emmy for her portrait of a struggling drug addict, season two is even more over the top – more violence, way more melodrama, a complete suspension of disbelief (some of the ridiculous clothes have spawned some hysterical Euphoria High parody TikToks) and enough full-frontal male nudity to ensure that you dare not watch with family members. It’s Degrassi High with a heavy dose of the now trademark, edgy, artsy vibes from A24, the indie film and TV company that brought us Hereditary, Midsommar, Lady Bird and 2016’s Best Picture Oscar winner Moonlight.

Episode 5 is the highest point of the season, as a strung-out Rue, in what may earn Zendaya a second Emmy, flees an intervention and goes on an epic rampage. The episode is anxiety inducing for anyone who has witnessed a loved one in the throes of addiction. Much of the rest of the season flip-flops with a myriad of story arcs and flashbacks, some of which are compelling, some of which curiously go nowhere.

The season’s final two episodes, in which the friends (in a surreal, meta moment) watch a high school play of their lives, is as off-the-chain insane (and entertaining) as it is utterly unbelievable. Sydney Sweeney gives a tour de force performance as Cassie, the voluptuous teen who finally acknowledges stealing her best friend’s boyfriend Nate (Jacob Elordi), who himself is dealing with some serious daddy issues and likely repressed homosexuality.

Euphoria’s more diehard fans adore the trippy visuals and the nihilistic, style-heavy story. Detractors feel the series has drifted away from its more grounded season one drug addiction storyline in favor of more thrilling and gratuitous, drug gang violence. While far from perfect, for what it is, Euphoria is still an exciting, can’t-look-away, attention grabber. Season three should be a doozy.

• WarnerMedia reports Euphoria is HBO Max’s second most watched and tweeted about TV series in history, after Game of Thrones.

• Zendaya’s 2020 win for Outstanding Lead Actress in a Drama Series makes her the youngest actress to win an Emmy Award at 24 years old. 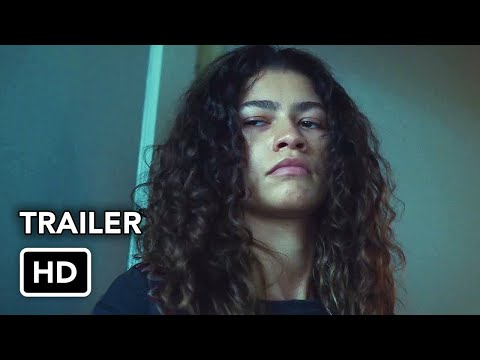