Convinced that an invasion of alien microorganisms is taking over the planet, a divorced Marine veteran attempts to whisk his two young sons to safety across the Western U.S., in this psychological, sci-fi/thriller. During their journey, the two boys must grow up quickly as the trio finds themselves in increasingly disturbing and dangerous circumstances.

At its heart, Encounter is the twisty story of the unconditional love between a father and his adoring sons – and the lengths to which they will go to take care of one another. The acting is excellent, be it Riz Ahmed (Sound of Metal) as the panicked, protective father, or the two young boys – Lucian-River Chauhan and Aditya Geddada – deeply devoted to their father while confused and terrified that their way of life is about to change forever. Octavia Spencer’s character adds additional emotional heft to the story, which features a riveting first half hour and finale. Both the body horror and the cinematography, featuring sweeping Western desert vistas, is excellent.

The problem with Encounter is a sloppy, bloated midsection, with a bizarre, out of place segment involving a home invasion and a couple of automatic weapon-toting rednecks hunting for the trio. It’s a lazy attempt by co-writer/director Michael Pearce (Beast) to reveal the ugly, paranoid underbelly of American psyche – but instead, it comes off as a real “jump the shark” moment and a horrible distraction from what otherwise is a taut and compelling psychological thriller.

• Encounter premiered in August 2021 at the Toronto International Film Festival.

• Rapper turned actor Riz Ahmed won a 2017 Emmy for his lead performance in the HBO miniseries The Night Of, and became the first Muslim actor nominated for a Best Actor Oscar in 2020’s Sound of Metal. He married novelist Fatima Farheen Mizra in 2020.

• Encounter was filmed near Death Valley, California and in Los Lunas, New Mexico, south of Albuquerque. 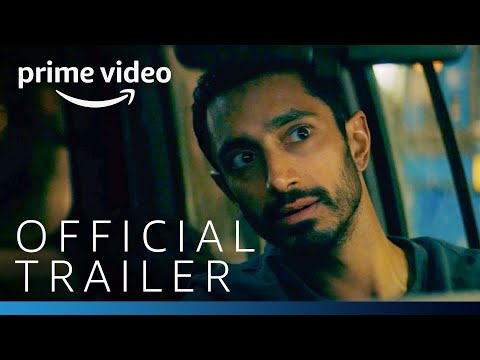