Forced to live in a plastic bubble due to an apparent auto-immune disorder, young Eli is taken by his frantic parents to a remote, fog-enshrouded “clean” house in the countryside for bizarre and torturous life-saving treatments. Once there, however, an increasingly freaked out Eli starts questioning the doctor’s motives when he starts seeing the ghosts of former child patients.

The premise of this Netflix horror mash-up of “Bubble Boy” meets The Conjuring is promising enough, even starring Lili Taylor (The Conjuring) as the good(?) doctor with the plan to save Eli. But the second act is frustratingly confusing, with way too many “it was all just a dream” moments and a desperate need for actual story and character development – poor Kelly Reilly (Sherlock Holmes) and Max Martini (Fifty Shades of Grey) are woefully underutilized as Eli’s parents. Nevertheless, director Ciarán Foy (Sinister 2) does pack in some decent scares and some shockingly good visual effects – particularly in the film’s off-the-rails finale.

And about THAT ending – initially it DOES seem to be a cleverly done twist. But once the initial wow factor wears off, you will feel cheated over the intentionally vague story and moronic implausibility of it all. Still, what would have likely been a box office bomb had it been released back in January – the infamous graveyard for lame horror films (see REEL FACT #3), for Netflix, is an entertaining enough, well-timed release for Halloween, since it is free.

• The interiors for the house in Eli are very similar to those used in the mansion in The Haunting of Hill House.

• Eli producer Mike Flanagan, who directed the upcoming Doctor Sleep, will be returning to helm the follow-up to The Haunting of Hill House in 2020, called The Haunting of Bly Manor, about a governess looking after a couple of siblings in a haunted mansion.

• Initially Paramount planned to release Eli in January 2019 until it sold distribution rights to Netflix. 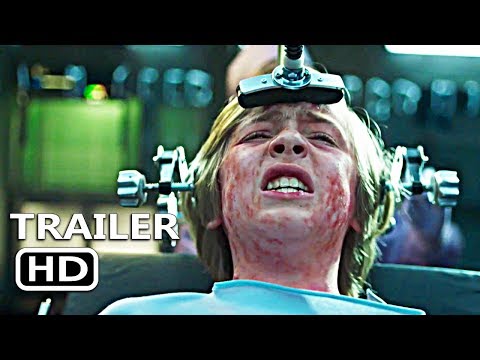