After her controlling, chronically ill husband dies, an 83-year-old woman facing her final years of life in a retirement home heads to the Scottish Highlands for one last adventure. Her goal: to camp and hike Suilven mountain, a peak she’s longed to scale for more than 30 years. Sheila Hancock stars in this poignant, 2017 adventure drama.

Edie is a bittersweet and surprisingly unpredictable tale about making up for past regrets and missed opportunities, set to the gorgeous, windswept landscapes of remote northwestern Scotland. The look of joy on Edie’s face is absolutely lump-in-your-throat beautiful, as she experiences her first bit of happiness in decades and makes an unlikely new friend, her local guide Jonny.

Director Simon Hunter lets the inspiring, heartfelt story breathe at a natural, organic pace, with beautiful visuals of the area and a touching score from composer Debbie Wiseman. Sheila Hancock (Delicious, The Boy in the Striped Pajamas) and Kevin Guthrie have terrific onscreen chemistry and give career-defining performances as the unlikely duo who overcome Edie’s initial prickliness and mistrust of others. Edie is a sweet, life affirming tale about the importance of friendship and making the most of life.

• Dame Sheila Hancock earned a Tony nomination for Best Actress in her 1966 Broadway debut, Entertaining Mr. Sloane. Widowed since 2002 (ironically, both husbands died of esophageal cancer), Hancock is now 89 and continues to act in television and most recently co-hosted Great Canal Journeys on the UK’s Channel 4.

• Kevin Guthrie (Fantastic Beasts and Where to Find Them, Fantastic Beasts: The Crimes of Grundelwald, Dunkirk) was released from Dumfries Prison in May 2022 after serving two years for the 2017 sexual assault of a woman at a friend’s flat in Glasgow, Scotland. 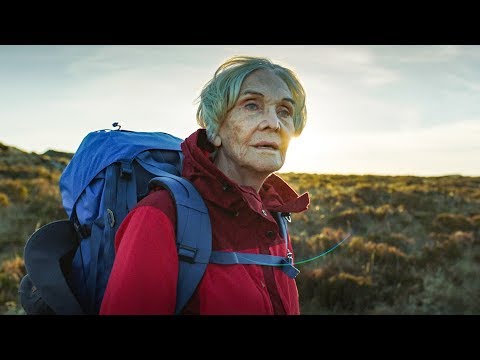