When plus-sized, small town Texan Willowdean Dickson decides to enter her prissy mother’s Miss Teen Bluebonnet Pageant in protest, she inadvertently inspires some other schoolmates to sign up as unconventional contestants as well. Such is the premise behind this winsome mother-daughter Netflix dramedy starring Danielle Macdonald (Patti Cake$) and Jennifer Aniston.

Macdonald exudes heaps of charm, as does co-stars Odeya Rush (The Giver, Goosebumps) as her best friend with a mutual adoration for Dolly Parton (the film is loaded with the iconic singer-songwriter’s songs), and Maddie Baillio (Hairspray Live!) as the ever-optimistic, lovable, plus-sized Millie, and RuPaul’s Drag Race alum Ginger Minj as the makeover-minded drag queen who helps the girls with their talent, makeup and evening gowns. While the sweetly sentimental film doesn’t break much new ground, it serves up a familiar yet tasty plate of cinematic comfort food with loads of schmaltz and heart, and positive themes about loving oneself, the true nature of friendship and the importance of self confidence. It’s sweet and inspirational without talking down to viewers, which makes Dumplin’ a winner. (On Netflix and in some theaters)

• Dolly Parton and Linda Perry co-wrote several songs for Dumplin’, including the Golden Globe nominated, “Girl In The Movies” 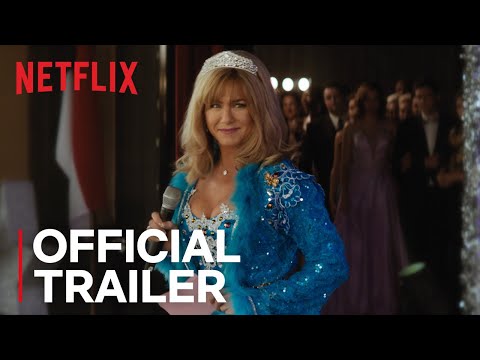